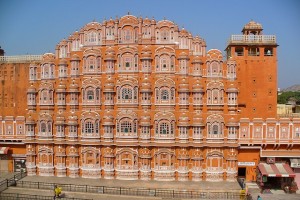 Jaipur: Subsequent to Rajasthan Chief Minister Ashok Gehlot holding informal talks with Governor Kalraj Mishra  in the evening hours, the Party high-command along with the regional supporters of the CM have readied a plan B to combat the crisis in the event dissenting Sachin Pilot camp gets a reprieve from the High Court which will resume hearing the petition from Monday.  The Governor Kalraj Mishra had met Gehlot at his official residence and the Chief Minister termed it as a courtesy call.

Gehlot is reported to have claimed that he had the support of 109 MLAs that includes two MLAs from BTP, a regional party of Rajasthan. The hearing on the show cause notice to issue disqualification to Pilot and the MLAs in his camp which is scheduled to resume on Monday has also prepared the Congress High Command to strategize and have an alternate plan ready in the event the Court grants the dissenters a reprieve.  The Pilot camp has taken the state Congress to court refuting the claim that they had indulged in anti-Party activity to topple the Rajasthan government.

The Plan B for the state government under the aegis of Gehlot is to conduct a floor test that will determine their claim of enjoying majority support. The Party whip, Mahesh Joshi expressed confidence that the Chief Minister will be able to prove his numbers. He also said that all Congress MLAs will receive a whip to vote for the Party. In the event, Sachin and his camp of MLAs disobey the Party whip, the Congress legal think-tank plans to disqualify them under Section 2(1)(b) of the Tenth Schedule. This again throws vistas open for Pilot and his camp to challenge the decision in court.

(Use Google Translator provided on top to read this article

Currently Sachin and his camp of MLAs are facing disqualification from the Party under the Anti-Defection law that is stated in Section 2(1)(a) of the Tenth Schedule of the constitution. While the Sachin camp is keeping a wait and watch approach, the Party whip has communicated their decision to the rebels by using WhatsApp and text messages in addition to pasting notices outside their residences. The current location of Pilot and his camp remains undisclosed.

The development for coming up with a plan B took place close on heels to Gehlot receiving feelers that the two MLAs from a regional party that had earlier withdrawn support to the Congress had decided to do a U-turn and back the Congress administration in the state.

Trouble started brewing after the deputy chief minister Sachin Pilot was accused of conspiring to topple the Congress government in Rajasthan and served a show cause notice. This is when the simmering differences between Gehlot and Pilot precipitated into a major crisis situation. Soon after the notice was issued, Pilot along with a group of MLAs who reportedly owed allegiance to him fled the scene to an undisclosed destination, stated the Congress whip in Rajasthan. Though the Party whip did not mention the number of MLAs, Pilot’s team had reportedly claimed that there were 30 of them in all and they had enough numbers to topple the government.

Sachin and his group of rebel MLAs have sought the Court’s intervention stating, “Disagreements do happen within a Party. This however, cannot be construed as grounds enough for disqualification or say anti-Party initiative.”