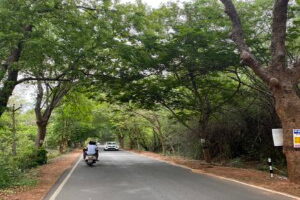 It was just the two of us girls, travelling alone for the first time

I made some last-minute decisions, and somehow ended up in Puducherry with one of my closest friends, Dorcas this June. Our exams had just ended and we’d been planning to go somewhere for the last three years anyway. So we decided why not now when we already completed our graduation?

We booked our bus tickets and the next thing we know is that we were on the bus and already in Tamil Nadu, midway to our destination. It was just the two of us girls, travelling alone for the first time from our girls’ hostel in Bengaluru, and we definitely felt those nervous butterflies in our bellies when we started our journey. We kept my pepper spray just in case… Apart from that, we had only carried a change of clothes, towels and some money.

Our bus ride was comfortable. It was my first time travelling in a sleeper coach and it was way better than I had imagined it to be. It wasn’t cramped at all like how I thought it to be and they even provided clean blankets for the ride. The bus stopped many times for tea and washroom break but it was late and night so I and Dorcas decided not to get off at any of the rest stops. At around 6 A.M. we had finally reached our destination, Puducherry. Once off the bus, our main priority was to rent a scooty for the day and find ourselves a washroom just to get cleaned up after the bus ride.

Roaming in the city

We managed to find a pretty decent scooty, which Dorcas drove obviously since I neither have the skills nor a license to drive one. I was the navigator, which I believe I’m pretty good at as I had to navigate most of my road trips with my family during the long drives to exotic places, back home. While looking for the bathroom we didn’t want to get lost. So instead of using a public bathroom in a sketchy location, we asked a nice lady working in a pancake shop if we could use the bathroom there. She agreed and so we quickly got fresh in there. 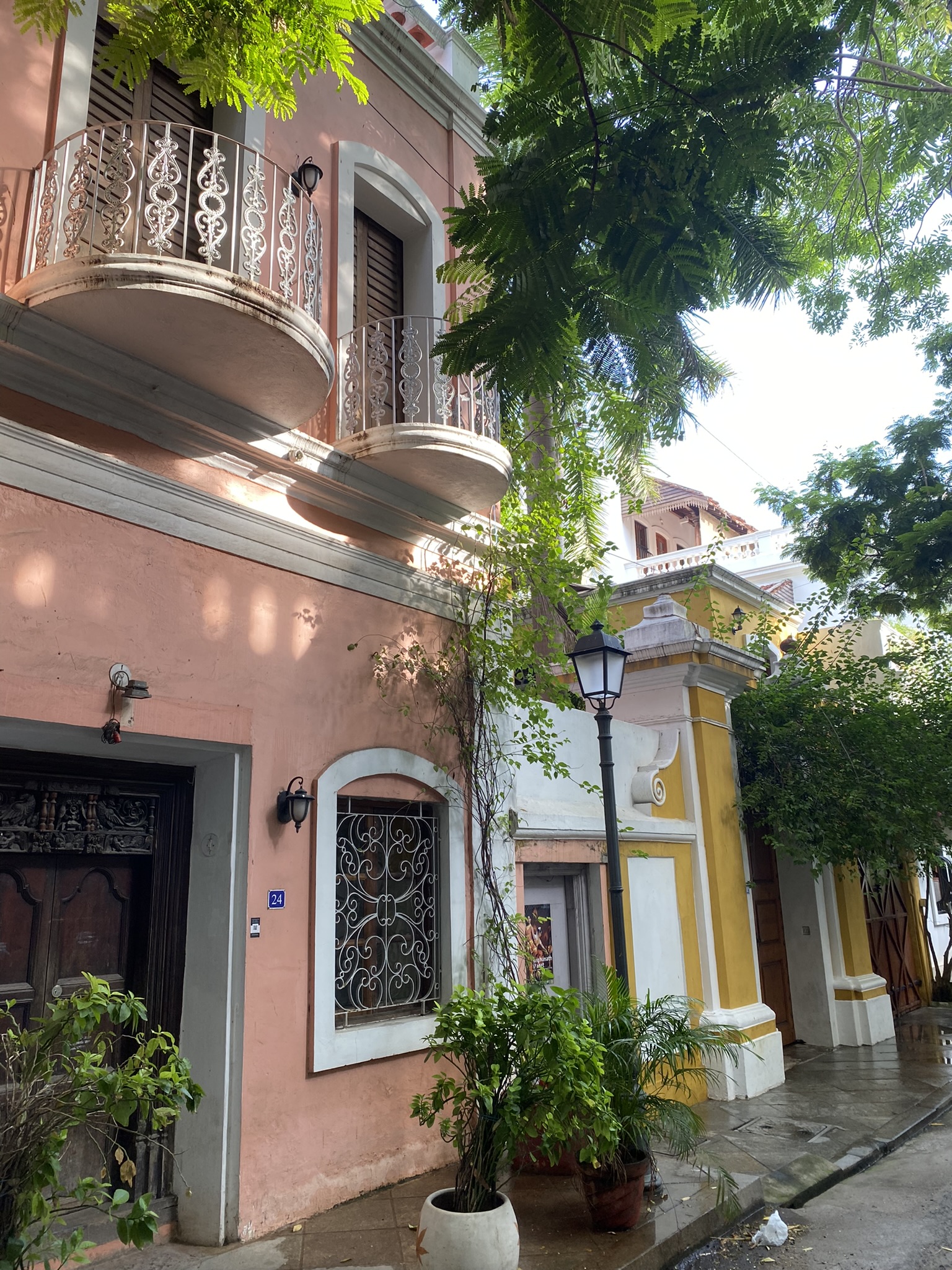 Since it was still early in the morning and we were really hungry, we asked the lady if we could order anything but she said the shop hadn’t opened for customers yet. We thanked her, left the shop and continued with our morning. Even though we were still hungry, we decided to explore a little bit of the French Colony in Puducherry. The architecture there was absolutely gorgeous. At one point, it didn’t even feel like we were in India anymore. Everything was bright with most of the houses painted yellow, lush green trees and the birds chirping in the morning. It was pleasant, to say the least.

Dorcas and I found some pretty spots around the colony, including a vintage-style theatre. We took some pictures for memory. Right behind the French Colony is the ever-so-famous Rock Beach of Puducherry. It was a public beach and had a huge statue of Mahatma Gandhi. The Rock Beach is also popularly known as Promenade Beach. It looked onto the Bay of Bengal beautifully.

We had some snacks with us that we had packed from Bengaluru itself. We kept having that throughout and weren’t that hungry. Since we had a few more places on our itinerary to visit, we decided to move on with the trip.

Our next destination was Paradise Beach. Now, this was a private beach where we had to pay about Rs.70 each to enter. It was a 20-minute drive from the French Colony and we crossed a bridge overlooking the Chunnambar River on the way.

Since the beach was private, it wasn’t much crowded. Maybe only one more family was accompanying us. Paradise Beach is called one of the cleanest beaches in Puducherry and it was pretty well-maintained. They had different showers and changing booths where we changed to go and swim in the ocean water.

Honestly, I was a little hesitant initially to go into the ocean water. It had been very long since I last went to any beach but with Dorcas’ encouragement, I went in. Once we were both comfortable with the water and the waves, we spent a good amount of time just enjoying ourselves. We had laid down a picnic on the sand where we kept all of our belongings.

It was peak daytime at this point and the sun was shining at its brightest. So after a few hours in Paradise Beach, we decided to make our way back to the French Colony to grab something to eat.

We were really hungry from playing in the ocean water for hours so we ate the first thing we could find in the French Colony. Hotdogs and fresh lime juice filled our bellies while the café’s charging point charged our phones for the day ahead.

To our surprise, while having our food, we ran into some of our friends and classmates from our college. They had all also come to Puducherry after the end of exams. Our friends were planning on going to Auroville. Funnily enough, our next destination was Auroville as well. They were planning on leaving at the same time as us. So we all decided to go and complete our journey together.

Dorcas and I took our scooty and met up with our friends before we started our way to Auroville. Auroville was also about 20 minutes from French Colony. It was in the opposite direction from Paradise Beach. The ride there was fun and we saw a lot of members of Auroville, mostly the French, wearing their signature hippie clothes and riding bicycles. Once again it felt like we were somehow outside India.

Auroville was full of lush green trees and was surrounded by nature. Even the air we breathed felt better than the air in the metropolitan city of Bengaluru. Auroville is essentially an experimental town that was founded by a French Lady Mirra Alfassa, following the teachings of Sri Aurobindo Ghosh and focusing on yoga. The town does not follow any constitution, religion, or nationality. The locals at Auroville are focused on maintaining peace and spirituality by practising yoga.

Once we arrived, we parked our scooters and made our way to the visitor’s point of the main Matrimandir of Auroville. It was a good 15-minute walk to the temple which had information and history about Auroville. We learned a lot about this unique township by reading all the informative billboards on the way. Tourists aren’t allowed to enter the Matrimandir so we took in the view from the spot. The Matrimandir was a huge golden colour spherical monument and was a spectacle. It was peaceful and calm and worth visiting on our one-day trip to Puducherry.

There was even a lady who was frying up some pomfrets on the shore for a very affordable price. We had them, enjoyed the view of the horizon and made our way back to the French Colony for some dinner.

The sun had already started to set by the time we reached our destination and the wind had started to cool down. We found a nice restaurant along the shore of Walk Beach and sat there to fill ourselves up with a proper meal. Dorcas and I were sure that we wanted some sort of seafood because we were right next to the ocean and didn’t want to miss out on that chance. We ordered Goan Prawn Vindaloo along with some steamed rice and accompanied that with some fresh fruit juice. It was a delicious and affordable meal that filled our stomachs up to the brim.

Since the restaurant had a balcony that overlooked the ocean, we went out and saw the sunset while enjoying the ocean breeze. 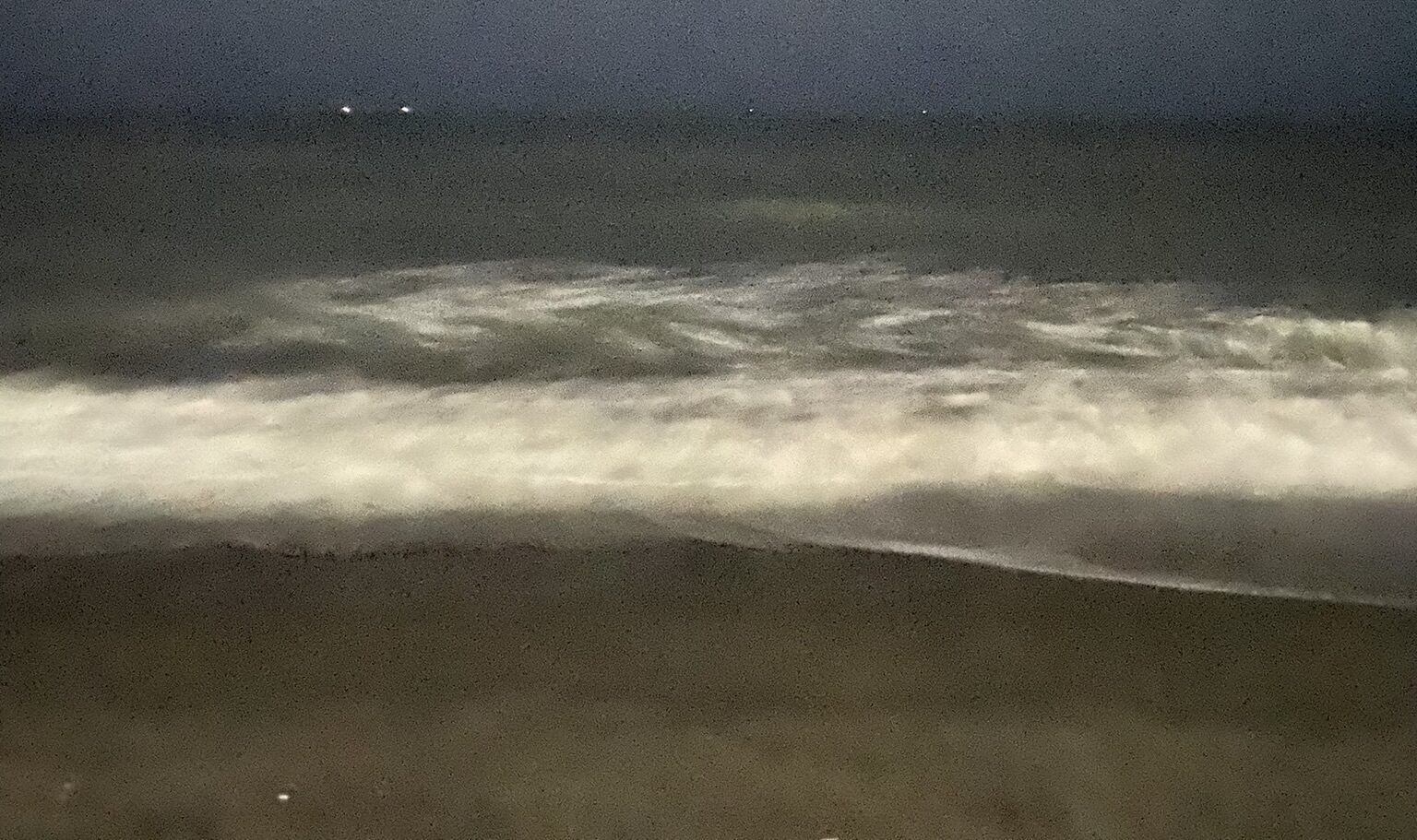 It was already dark by the time both of us were done with our meals it was almost time to return our scooty and make our way to the bus stop. Before leaving, we decided to take one last stroll along the shores of Walk Beach. It was a pleasant end to our one-day adventure to Puducherry.

The end of an adventure

We marked our way back to our scooty stand and returned it before taking an auto to the bus stop. While waiting for our bus we got some snacks for our journey back to Bengaluru. We boarded our bus and because we were so exhausted from the whole day, we fell asleep the second the bus started to move. It was a sleeper bus and the seats were pretty comfortable. We slept the entire night and the snacks we got were kept as it is.

By the time we were awake we had realised our stop was the next. It was early in the morning at around 6 am when we reached Bengaluru and before we went back into our rooms to freshen up, we stopped to have a well-deserved cup of hot tea.

Going to Puducherry was not exactly planned but they say impulsive plans make the best memories and I can agree with that. It was the first trip either I or Dorcas made just by ourselves as adults and it has become a core memory since. Not only did we enjoy ourselves, but we also learnt a lot about a new place, and most importantly, we learnt a little bit of responsibility too.

14 thoughts on “Travelogue: It takes two to tango in Puducherry”