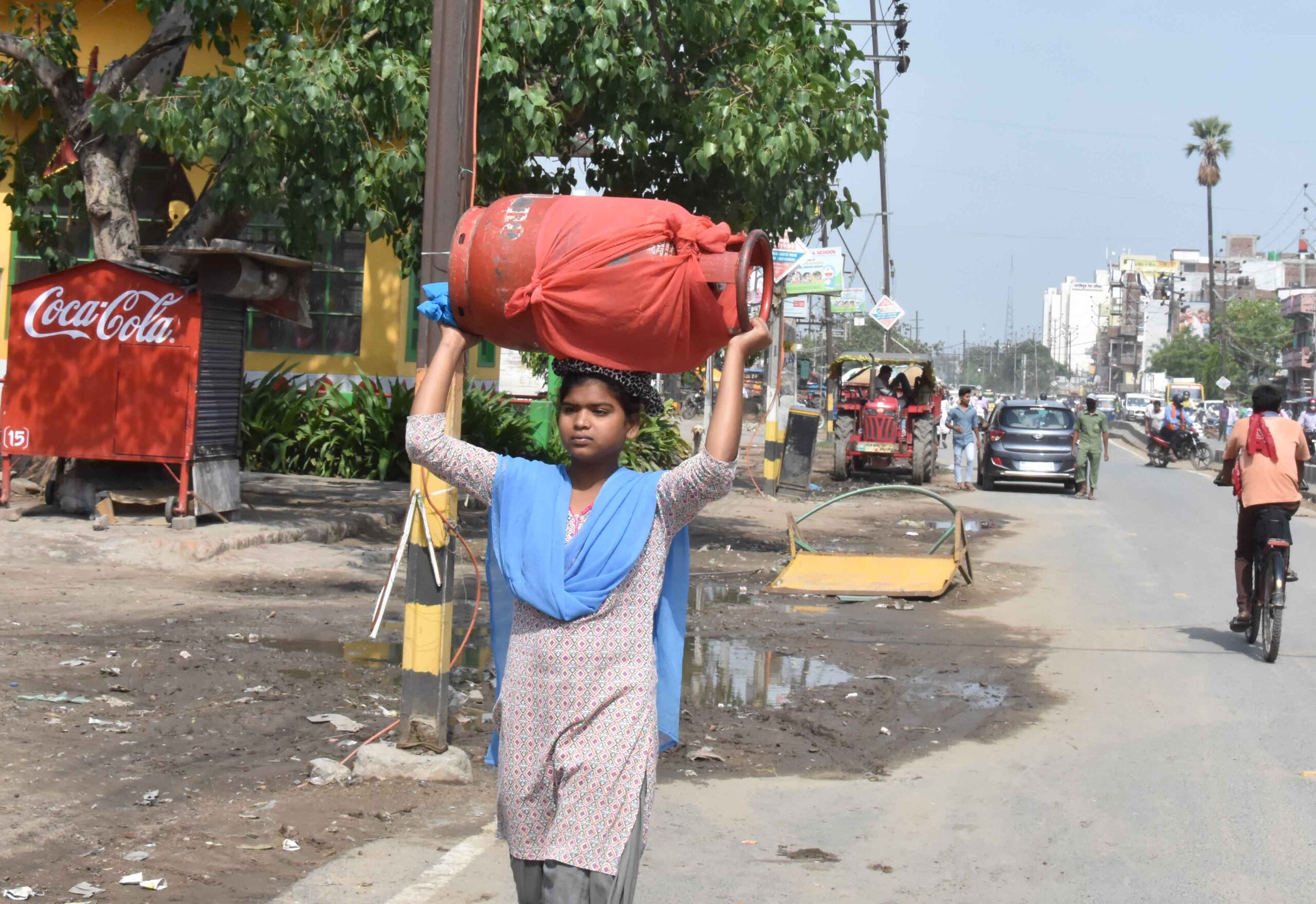 A Girl carries gas cylinder on her head during ongoing nationwide lockdown in Patna on Sunday. Photo: Ashok Sinha

New Delhi:  Prime Minister Narendra Modi has cautioned people to be more alert and careful in the midst of the COVID pandemic even as a major segment of the economy has been opened up.

“Becoming careless or lackadaisical cannot be an option, the fight against Corona is still equally serious,” he said while addressing the 12th Episode of ‘Mann Ki Baat 2.0’ today,.

The Prime Minister in his speech acknowledged the plight of the migrant workers during the lockdown. He said, Corona virus had afflicted all sections of society but the underprivileged labourers and workers had been the most affected. He expressed his “paoin” at the sufferings and hardships of people due the pandemic, and reiterated that “the Centre, State Governments, each and every department and institution are working hand in hand for relief at full speed”.

The Prime Minister said the need of the hour was “devising a new solution”, asserting that the government had taken several steps in this direction. He added that recent decisions taken by the Centre had opened up vast possibilities of village employment, self employment and small scale industry. He expressed confidence that the Atmanirbhar Bharat campaign will take the country to greater heights in this decade.

He referred to the series of natural calamities that had hit the country one after another during the pandemic – “At one point we are fighting Coronavirus and also disasters like Cyclone Amphan…besides the cyclonic calamity, many parts of the country have been affected by locust attacks,” he said, ad added: “Efforts are on and from center to state governments, agriculture department or administration, everybody is involved using modern techniques to help the farmers and reduce crop loss due to this crisis”.

While sympathizing with farmers for the losses they suffered in cyclone-hit West Bengal and Odisha, he said that the ordeal they faced and the manner in which they showed their grit and determination was commendable.

Modi informed that train services, including the Shramik Special trains and special trains, had resumed with adequate precautionary measures. He also mentioned about the resumption of flight services, and said the industry too was returning to normalcy. He cautioned that there should be no laxity and suggested people to maintain ‘do gaj ki doori’ (two yards distancing), wear face masks and stay at home to the extent possible. He stressed that after so many hardships, the country’s deft handling of the situation should not go in vain and assured that ‘the government is working relentlessly during the crisis, so that the common man throughout the country does not have to face the shortage of essential commodities”.

The Prime Minister reinstated that during the present Corona pandemic, people everywhere want to know more about ‘Yoga’ and ‘Ayurveda’ and adopt it as a way of life. He advocated Yoga for “community, immunity and unity”. He said that during the present Corona pandemic, Yoga has become all the more important, because this virus affects the respiratory system. In yoga, there are many types of Pranayama that strengthen the respiratory system and the beneficial effects have been witnessed for long.

Furthermore, the PM urged people to share their videos for the International Video Blog competition ‘My Life, My Yoga’, organized by the Ministry of Ayush. PM Modi requested everyone to participate in this competition, and be a part of the upcoming International Yoga Day.

The Prime Minister underlined the need for the current generation to go in for realizing their responsibility to save water as well. He stressed on the need to save Rain water and said everyone must strive for water conservation.