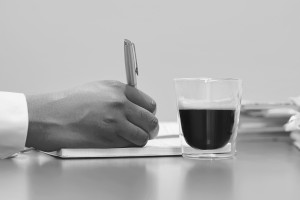 Bihar has been the home of some of the great writers and poets since ancient times including Chanakya who wrote Arthashatra, Vatsayayana who wrote Kamasutra and Aryabhatta, the author of Aryabhatiya were all from Bihar. (Chanakya, though, was born in Taxila, in modern day Pakistan but was instrumental in the creation of the great Mauryan empire).

Over the centuries, Vidyapati (Maithili poet), Ramdhari Singh Dinkar and Baba Nagarjun (both eminent Hindi writers) from Bihar have richly contributed to the Indian literature.

In the 21st century as well, Bihari writers continue to carve a niche for themselves and are known globally for their literary works. In this series we profile these Bihari authors of English literature who truly keep the Bihar flag flying high in literary field across the globe. Abhay K. (1980) was born and grew up in Nalanda district of Bihar. He studied at Delhi University, Jawaharlal Nehru University, Moscow State University and George Washington University. He the author of nine poetry collections including The Seduction Of Delhi (2014), The Eight-eyed Lord of Kathmandu (2018), The Prophecy of Brasilia (2018 ), The Alphabets of Latin America (2020) and the editor of CAPITALS (2017), New Brazilian Poems (2019), The Bloomsbury Anthology of Great Indian Poems (2020) and The Bloomsbury Book of Great Indian Love Poems ( 2020) covering over 3000 years of Indian poetry written in over two dozen languages. His 100 Great Indian Poems have been translated and published into Portuguese (100 Grandes Poemas da India), Spanish (Cien Grandes Poemas de la India), Italian (100 Grandi Poesie Indiane) and Malagasy. He speaks Magahi, Hindi, English, Russian, Nepali, Portuguese and little bit of French. He has recently translated Meghaduta and Ritusamhara of Kalidasa from Sanskrit. He has also written poems anthems for all the planets in the solar system. While renowned violinist Dr. L. Subramaniam composed music for his Earth Anthem and Moon Anthem, and popular playback singer Kavita Krishnamurthy sung them, Kenyan artist ONDIKO Kevin composed music for his Mars Anthem and Kapnea sung it.

He was invited to record his poems at the Library of Congress in Washington DC in Sept 2018 in the Poet and the Poem series. He was honoured with the SAARC Literary Award 2013 for his contribution to contemporary South Asian Poetry, received a certificate in poetry writing from the International Writing Program, The University of Iowa in 2015 and was a featured writer in IWP’s Silk Routes Project. His poetry has been subject to academic research and a PhD has been awarded on the subject ‘Cultural Construct of Self: A Critical Study of Abhay Kumar’s Poetry’ by the Maharaja Ganga Singh University, Bikaner, Rajasthan. Several other research papers have also been published on his poetry. His edited anthology 100 Great Indian Poems is taught as study material for a course on Modern Indian Writing in Translation.

His poems have appeared in over sixty international literary journals including Poetry Salzburg Review, Beltway Poetry Quarterly, The Asia Literary Review, The Missing Slate, Gargoyle among others.

His call for a common Earth Anthem has been termed by UNESCO as a creative and inspiring thought that would contribute to bringing the world together. An Earth Anthem penned by him has been translated into over 50 languages, performed by the philharmonic orchestras in Brazil and Amsterdam and is used by many schools across the globe. He also wrote a SAARC Song, Moon Anthem, Mars Anthem and Venus Anthem.

Abhay is a career diplomat and is currently India’s Ambassador to Madagascar and Comoros. Earlier he has served in Brazil, Nepal and Russia.