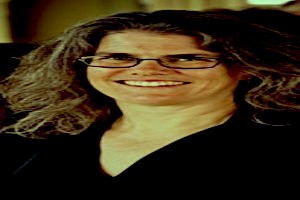 The Thirty Meter Telescope (TMT) project is an international partnership between CalTech, Universities of California, Canada, Japan, China, and India

New Delhi: Indian astronomers are collaborating with 2020 Physics Nobel Laureate Prof. Andrea Ghez in the ongoing research and developmental activities of the Thirty Meter Telescope (TMT) project being installed at Maunakea in Hawaii, which can revolutionize the understanding of the universe and the enigmas in it.

This project is an international partnership between CalTech, Universities of California, Canada, Japan, China, and India through the Indian Government’s Department of Science and Technology (DST) and Department of Atomic Energy (DAE). The Thirty Meter Telescope, which seeks to advance scientific knowledge while fostering connection among the partner countries and their citizens, and in which Indian astronomers worked closely with Prof. Ghez, is expected to provide facilities with even greater capabilities to gather the observations needed to answer new and emerging questions in astronomy and physics in general. Prof. Andrea Ghez had worked closely with Indian astronomers on the design of back-end instruments and possible science prospects of the Thirty Meter Telescope (TMT) project.

Some of the Indian astronomers like Dr. Annapurni Subramanium, Director of the Indian Institute of Astrophysics (IIA) and Dr. Shashi Bhushan Pandey, a scientist at Aryabhatta Research Institute of Observational Sciences (ARIES) along with many others collaborated with Prof. Ghez in the ongoing research and developmental activities of the TMT project.

It has resulted in two significant papers, among many others. The scientific prospects and simulations by the first generation instrument for the TMT called the Infrared Imaging Spectrograph (IRIS), were described in one of the SPIE (SPIE, the international society for optics and photonics, founded in 1955 to advance light-based technologies) proceedings in 2016.

The latest end-to-end data simulator on Solar System bodies, the Galactic center, energetic transient objects, active galactic nuclei, and distant gravitationally-lensed galaxies were used. It showed the capabilities of IRIS/TMT to continue front-line scientific research in the near future to understand the nature of the supermassive compact object at the centre of our Galaxy and many more new aspects to discover “unknown-unknowns”. The scientists highlighted the necessity of an advanced data management system and data reduction pipeline.

Another such collaborative publication in the journal Research in Astronomy and Astrophysics in 2015 has underlined versatile usage for future multi-messenger astronomy for various Galactic and extra-galactic objects using TMT includes many other Indian astronomers as a part of larger team along with Prof. Ghez.

Besides, Prof. Ghez’s remarkable contribution in the discovery of a super-massive compact object at the center of our Galaxy along with Prof. Roger Penrose and Prof. Reinhard Genzel for which they shared the Nobel prize in physics, Prof. Ghez has been deeply involved in the development of the related instrumentation and possible science prospects for the TMT, the next-generation observatory. She has been part of the team working towards evaluating possible front-line science cases and instrumentation for TMT utilizing associated front-line cutting edge technologies like adaptive optics.