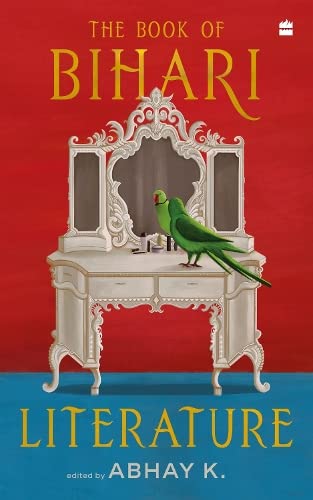 New Delhi: The Book of Bihari Literature edited by Indian poet-diplomat Abhay K. and published by HarperCollins India has received The Kalinga Literary Festival Book Awards 2022 in KLF Lifestyle/Biography/Environment & Emerging Trend Book Award – Category. Based on the merits of nominated books and their own picks after many rounds of processes, the book was selected by an acclaimed jury composed of eminent scholars.

Kalinga Literary Festival (KLF) 2022, the flagship annual programme, is scheduled on February 24-26, 2023, in Bhubaneswar, where the award ceremony will be held.

The Book of Bihari Literature is a vibrant collection of writings—poems, essays, stories—that have flowed from the pens of the great poets, thinkers and writers across millennia, who were born or lived in what is modern-day Bihar. This book makes accessible to English-speaking readers the bounty of Bihari literature, and brings to the fore works in neglected languages by ancient philosophers and celebrated contemporary authors alike.

Abhay K. is the author of a dozen poetry books, including, Celestial, Stray Poems, Monsoon, The Magic of Madagascar and The Alphabets of Latin America. He is also the editor of The Bloomsbury Book of Great Indian Love Poems, Capitals, New Brazilian Poems and The Bloomsbury Anthology of Great Indian Poems. His poems have appeared in over a hundred literary magazines, including the Poetry Salzburg Review and Asia Literary Review. His ‘Earth Anthem’ has been translated into over 150 languages. He received the SAARC Literary Award (2013) and was invited to record his poems at the Library of Congress, Washington, DC, in 2018. His translations of Kalidasa’s Meghaduta and Ritusamhara from Sanskrit won him the KLF Poetry Book of the Year Award (2020–21).

0
0
Tags: The Book of Bihari Literature