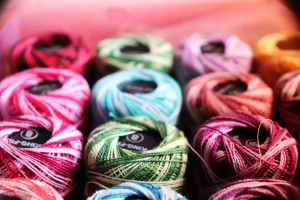 New Delhi: The Union Government has decided to defer the proposed increase of tax slab from 5% to 12%  for textiles at the 46th meeting of GST council.

“This is a new year gift for the Textile Industry,”Union Minister for Textiles, Piyush Goyal  said today and added that the requests of industry stakeholders was considered in present challenging times when the sector is on the path of recovery.  He also expressed his gratitude to  the textiles leaders who remain   connected   with  the  Ministry  with all their  grievances regarding raising the GST slab in Man Made Fibre (MMF) segment.

Talking about  several transformational reforms to realise vision of an Aatmanirbhar Bharat & solidify India’s position on the global textiles map, the Minister  said that  step by step the textile ecosystem of the nation was being strengthened to fully utilise its competitive and comparative advantage.  He said from weavers to women entrepreneurs, every segment has been empowered by these steps. He called upon the Textiles Industry Leaders to send suggestions for improving and developing the sector further.

Goyal stated that continuation of Rebate of State & Central Taxes and Levies (RoSCTL) scheme up to March 2024 will boost export competitiveness. He said Remission of Duties and Taxes on Exported Products (RoDTEP) for textile products other than apparel and Made Ups  have been covered in RoSCTL.  Removal of Anti Dumping Duty on several key raw material such as purified terephthalic acid (PTA), Viscose Staple Fibre, Acrylic, Nylon is a  boost to man made fibre based textiles industry, he added.

The Minister mentioned that government is  trying to get new markets for textiles through Free Trade Agreement (FTA). He informed  that in all the ongoing negotiations with major countries like UK, UAE, Canada, EU, Australia there is a special focus on getting concessional duties for textile products.  Talking about SAMARTH Scheme, the Minister said that  71 textile manufacturers, 10 industry associations, 13 state government agencies and 4 sectoral  organisations on-boarded to help skill development and training of ~3.45 lakh beneficiaries. “Steps have been taken to on-board weavers on GeM  platform to enable them to sell their products directly to  Government,  ~1.50 Lakh weavers on-boarded,” he added.