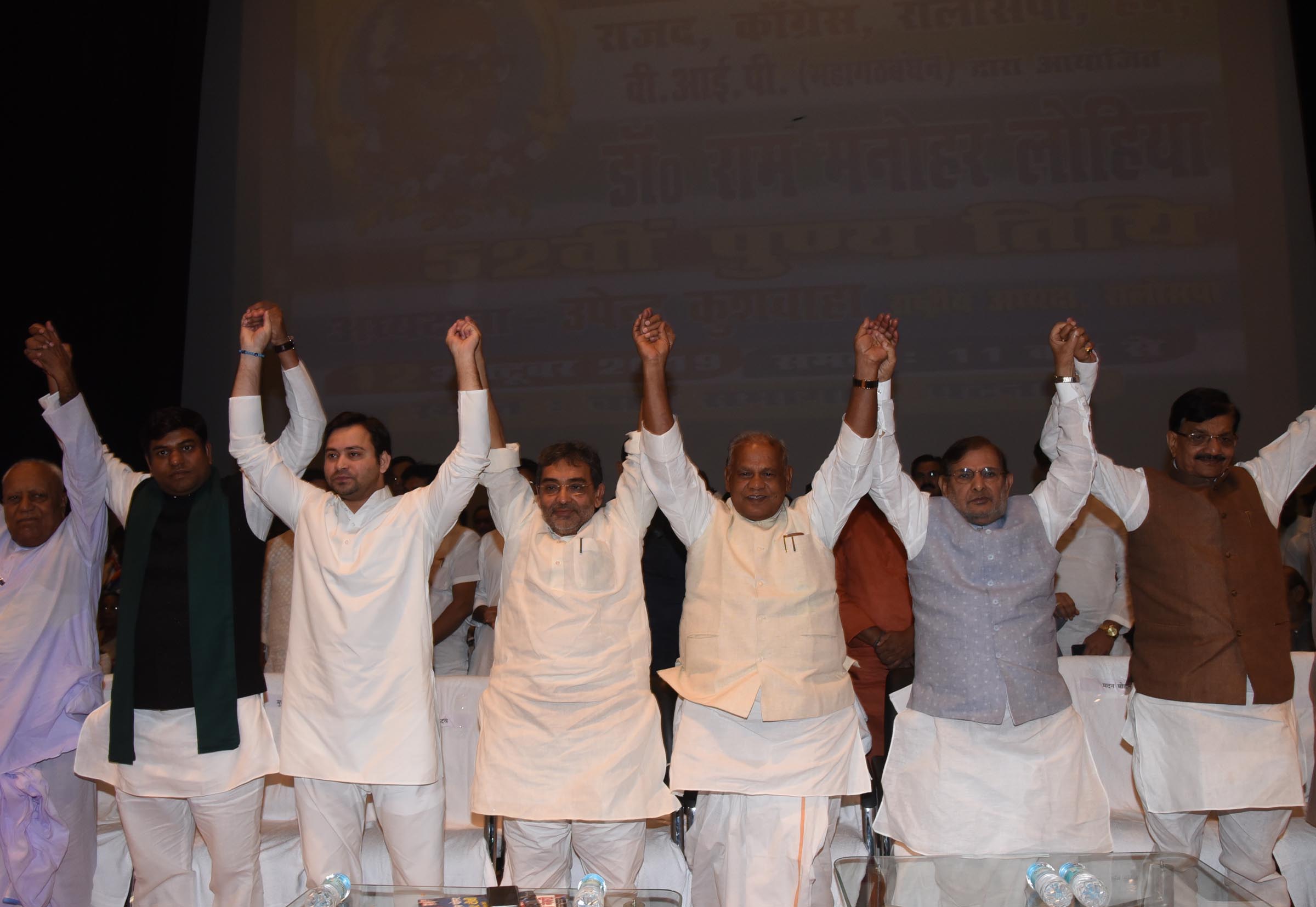 Patna: At a time when the relationship between Chief Minister and Janata Dal (United) president Nitish Kumar and his ally the Bharatiya Janata Party has hit a new low, the Rashtriya Janata Dal fired a salvo on the chief minister saying the doors of the RJD-led Grand Alliance, of which Nitish’s JD(U) was a part not very long ago, will not open for the latter again.

On Saturday, leaders of the Grand Alliance came together under single umbrella for the first time ahead of by-elections to one Lok Sabha and five assembly seats in Bihar, to pay their homage to veteran socialist leader Ram Manohar Lohia on his death anniversary.

It may be mentioned that that during the 2015 state elections, even JD(U) was a part of the Grand Alliance that went on to form the government with Nitish at the helm. However, Nitish broke the Grand Alliance and resigned as Chief Minister on 26th July 2017 only to swear in as CM again just a day later, this time with the help of the BJP-led National Democratic Alliance.

RJD leader Tejashwi Yadav, who had also served as deputy CM under Nitish between 20th November 2015 and 26th July 2017, today referred to Nitish as “Paltu Chacha” and quipped: “Paltu Chacha would never be allowed to return to grand alliance even if he tried to do so.”

“Mr Kumar should resign from his post by owning the responsibility of the pitiable condition in the state capital”, he added.

Amid speculation over differences among grand alliance on the issue of distribution of tickets for by-elections to five assembly seats, leaders of grand alliance were successful in putting on a show of unity on Saturday. Calling for Opposition unity, the Leader of Opposition said all leaders of Grand Alliance should join hands firmly by shedding their self-ego so that NDA could be fought strongly. He said NDA would take advantage of differences among Grand Alliance`s allies and it would prove fatal in future.

It may be recalled that the Grand Alliance had faced near complete rout in the last Lok Sabha election in 2019. Tejashwi said the 2020 state assembly election should be conducted through ballot papers.

Tejashwi in the meanwhile also south to scotch all speculations over any tie-up with BJP by asserting he was not scared of the BJP and the Rashtriya Swayamsevak Sangh.

“My father and RJD chief Lalu Prasad had stopped chariot of BJP and I am also not going to be scared by BJP or RSS,” he remarked. He said his party had never entered into any alliance with BJP in the past and would not do it in future also.