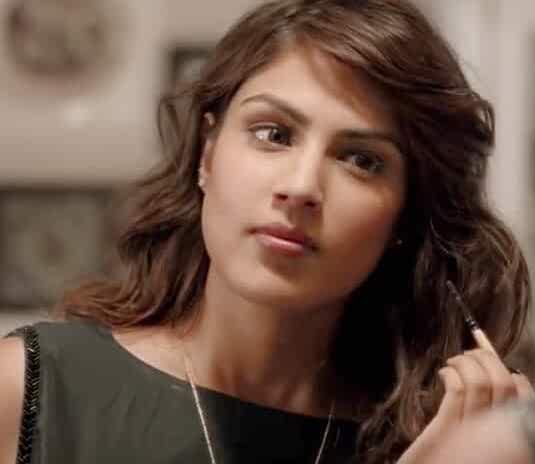 Mumbai: Actress Rhea Chakraborty has provided sections of the media with a counter-view after seeking to emphasize that she was much maligned by the media due to the propaganda made by Sushant’s family over the past few months. It also gave rise to alternate media views which spelt it out that the Bihari community being very patriarchal in structure resulted in the bad-mouthing of his girlfriend Rhea Chakraborty.

Screenshots of her interactions with the actor were recently released to the media. The impressions conveyed by Sushant to Rhea implied that his sister Priyanka was behaving in a manipulative manner. Transcripts from the conversation liberally eulogized the compassion and bonding showered on the actor by Rhea Chakraborty and her brother.  The transcripts include a host of good bye messages including a request to Rhea to keep smiling all the time.

Meanwhile, the Shiv Sena mouthpiece Saamana, earlier in the day, issued a statement to the effect, “Sushant was a part of Mumbai culture. He made his fortunes in Mumbai and his home state Bihar had totally neglected him.”  A counter-view that offers itself credit for appearing in sections of the media, “Both the siblings along with Sushant were close friends and shared a good rapport.”

1 thought on “Sushant case: Rhea strikes back at media”