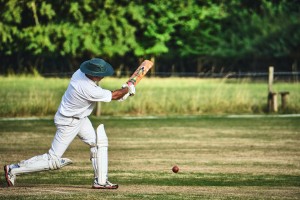 Photo by Alfred Kenneally on Unsplash

From batting minnows to robust Test side post 80s

If the seventies era saw Indian cricket being elevated to score more wins as compared to the previous decades, the eighties was the opening of a new chapter in the history of Indian cricket. It may be recalled that while nearing the eighties, the Kerry Packer cricket circus affected many countries as quality players from many sides, namely Australia, West Indies, England and Pakistan played under the banner of World Series Cricket. This is when the era of Indian cricket dominating in home series began.

Under the captaincy of Sunil Gavaskar, India won six-test home serieses against the touring West Indies (by a margin of 1-0), Australia (by a margin of 2-0) and Pakistan (by a margin of 2-0). This was the era when Indian batting gained depth with the exit of Bhagwat Chandrashekar and Bishen Bedi. The Indian batting order gained the resilience to allow its tail to wag right up to the number 11 batsman’s contribution. The spin department had not totally vanished as ageing spinners like Shiv Lal Yadav and Duleep Doshi who had failed to make it to the test team during their peak replaced the quartet of Bedi, Chandra, Prasanna and Venkat Raghavan. At the same time, inspired by the performances of Kapil Dev, medium pacers like Roger Binny, Madan Lal and Karsan Ghavri also started pitching for India to develop a comparably potent pace attack.

The eighties to nineties era saw the emergence of a new trend in the Indian batting side. It was in 1983, when we won the World Cup final against the West Indies, it may be recalled that our tallest scorer with the bat was Krish Srikanth. In a team total of 183, he scored 37. Post the 83 World Cup and a disaster home series against the West Indies, Indian openers Gavaskar and Srikanth turned into the fastest scoring opening pair. This was in sharp contrast to what happened way back in the 1975 World Cup when Sunil Gavaskar batted for 60 overs and remained unbeaten on 36.

The opening pair apart, there were other success stories with the induction of players like Ravi Shastri, Mohammed Azharuddin, Laxman Sivaramakrishnan, Sanjay Manjrekar and Maninder Singh. Around the mid-nineteen eighties, the Indian cricket team peaked with a resounding victory at the World Championship of Cricket in Australia. The year was 1985. It was followed by a one-off test series victory in our away matches. For India scored a 1-0 win over England on English soil. The feat of winning on away test series however, remained the last test series that India won outside the sub-continent for nearly two decades, 19 years to be precise.

The post 1980 era for Indian cricket also witnessed a host of personal records tumble with Sunil Gavaskar being the first batsman in Test history to cross the 10,000-run mark. Gavaskar also scored 36 Test centuries crossing the then record of 29 scored by Donald Bradman. Another individual record that of the highest wicket taker in Tests, was achieved by Kapil Dev who crossed the tally of Richard Hadlee’s 432, and his record stood at 434. Though in the subsequent decades these records were broken by over a mile by both players from India and abroad, they stood tall for quite some time in the Test arena.

The year 1989 was also witness to Indian batting legend Sachin Tendulkar making his debut in Test cricket. He was tested for skills against the fearsome Pakistani pace attack on their home soil with spectators yelling, “Tendulkar drink milk.” He however, managed to hold his own against the pace attack and scored a well earned 50 in the process.

Post the advent of Tendulkar in the Indian cricket side, the team entered a new era with a new set of stars including Anil Kumble who dazzled with their individual brilliance. We will discuss India’s Tendulkar era in  our next encounter.