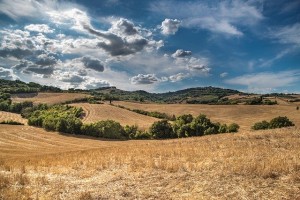 New Delhi: Commerce and Industry Minister  Piyush Goyal on Monday said the Government was working on creating a land bank, for which six States had already given their consent.  He said that the potential investors would then be able to locate and identify the land banks from their distant offices and finalise the location of industries, without frequently visiting the offices of land owning agencies.

The minister further said that the Government would  set up a single window system for clearances and approvals of industry in the country. Talking to the sovereign wealth funds, the foreign pension funds and others on ease of doing business and investments in infrastructure sector in India,  that this would be a “genuine single window” and all the concerned state governments and Central Ministries were being taken on board for the system.

On the issue of further easing and speeding up the process of approvals for industry and investments, the Minister also referred to the recent decisions of the Cabinet to set up an Empowered Group of Secretaries led by the Cabinet Secretary to take decisions on various industries’ schemes and projects.  He also said that a nodal officer had been appointed in every Central Department and Project Development Cells are being set up which will help in development of investible projects in coordination between the Central Government and State Governments and thereby grow the pipeline of investible projects in India and in turn increase FDI inflows.

The Minister said that the Government had initially identified 12 industrial sectors to focus upon, and the same had been expanded to 20.  “This will help in scaling up investment, and leveraging the competitive edge of the country,” he said and informed that these sectors included furniture – standard as well as special furniture, air-conditioners, leather, footwear, agro-chemicals, Ready to eat food, Steel,Aluminium, Copper, Textiles, Electric Vehicles, Auto-components, TV Set-Top Boxes, CCTVs, Sports goods, ethanol manufacture and bio-fuels, and Toys.

He sought to clarigy that Aatmanirbhar Bharat did not mean India was closing the doors for the world but “widening its doors for opportunities and investment with the focus on quality of the Indian products, increasing economies of scale for the production in India”.

The Minister said that conducive environment would be created for foreign investment in the health and education sectors also.  He said that investors would be given full support in terms of policies, processes, regulations and everything will be transparent, open and equitable. Replying to some other concerns of the potential investors,  Goyal said the Baba Kalyani Report on Special Economic Zone was under serious consideration of the Ministry.  On the labour reform issues, he said that a balance had to be worked out between the interests of the labour and the investors.