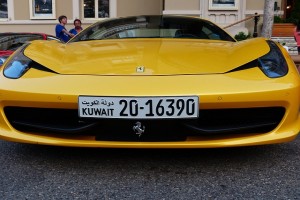 More than 158,000 expatriates are estimated to have left Kuwait over the past three months, while many others are packing their bags to leave the country soon.

Kuwait:  An ‘unprecedented exodus’ of foreigners from Kuwait following jobs losses, financial crises and health insecurity triggered by the global pandemic will have far-reaching implications on Kuwait’s economy in the medium-term, impacting real estate, consumer and retail sectors the most.

“The coming months will witness a significant downturn in economic activity in many key sectors in Kuwait if a new residency law proposal becomes a reality. If the law is passed, nearly 2 million foreigners will have to leave the country, impacting the agility of the country’s economy in the medium-term,” said Abdulkareem, a financial analyst working with an audit firm in Kuwait.

According to travel industry officials, the real impact will be felt only once commercial flights resume international operations on August 1. Currently, only chartered and special flights are flying out of Kuwait’s airports. While the country’s real estate industry bore the brunt of this ‘exodus’, other sectors like construction, consumer, hospitality and tourism are also feeling the pinch of the downturn inflicted by the COVID-19 pandemic and the subsequent lockdown.

“Sincerely thank Almighty God for making my destiny in Kuwait as an Equater,” Indian expat Sajeev Koshy posted on his Facebook page along with a picture in PPE gear from Kuwait International Airport’s departure gate minutes before his flight took off from Kuwait. Koshy, who worked with EQUATE Kuwait, bid farewell to Kuwait after working in the country for 25 years. More than 158,000 expatriates are estimated to have left Kuwait over the past three months, while many others are packing their bags to leave the country soon.

The government has proposed a legislation to streamline the population in the country and resolve the demographic imbalance. Foreigners number around 3.35 million and formed 70 percent of the country’s population of around 4.8 million at the beginning of 2020. The government is weighing a proposal to introduce a quota system for expat communities with a view to regulating their numbers. If the draft law becomes legislation, around 2.5 million foreigners will have to find their way out of the country in the coming years.

The government reportedly cancelled around 154,000 work permits of foreigners earlier this year. Another 40,000 expats outside the country did not renew their residency and an estimated 30,000 expats without valid residencies had left the country, making use of the amnesty program announced by the government in April.

Thousands of people working in small businesses such as restaurants, hotels, barbershops and beauty parlors, garment and textile shops and gold and jewelry shops either lost their jobs or had their wages halved, forcing many of them to take the painful decision to leave the country.

A good number of expatriate taxi and bus drivers, one of the worst sectors affected by the crisis, are also planning to leave. Taxi and bus services remain closed and it is unclear when they will be allowed to operate again.

“A glaring impact of this exodus may probably be felt in the apartment sector in the country. Thousands of flats are lying vacant today, mostly in expat neighborhoods like Jleeb, Salmiya, Fahaheel, Mangaf and Riggae. And we don’t expect any pickup in demand anytime soon,” said Jalaluddeen, a property market expert.

Meanwhile, many expat families residing in Jleeb Al-Shuyoukh are shifting to other localities such as Salmiya and Riggae amid speculation that the authorities are planning to raze apartment buildings in the area ahead of building a new residential city. Many landlords offered some rent relief, some as much as 50 percent off monthly rent to stem the exodus. But many others did not reduce rents at all.

While a majority of citizens support the government initiative to curtail the population of foreigners, a few have raised concerns over the practical difficulties involved in drastically reducing expat numbers. They point out the inevitability of utilizing expat manpower in certain sectors like domestic labor, driving, construction and manual labor.

“A massive reduction in expat population will have serious repercussions on Kuwait’s economy, particularly on the real estate, consumer and construction sectors. The retail sector will also be affected badly with shopping malls and supermarkets taking a substantial sales hit,” said an expert who did not want to be named.

Secretary of the Real Estate Union Qais Al-Ghanim has expressed his dissatisfaction over the decisions being taken without consulting the private sector. Real Estate Development Company Vice President Sulaiman Al-Mudyan recently said it is a difficult task and the proposal to attain a proportion of 70 percent citizens and 30 percent expats in the population structure appears unrealistic.