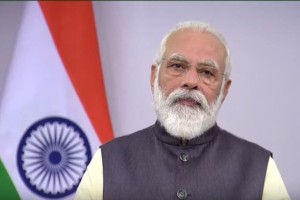 New Delhi: Prime Minister Narendra Modi said on Wednesday that even during the pandemic, India  attracted foreign investment of more than 20 billion dollars between April and July this year.

Delivered the keynote address at the India Ideas Summit  hosted by the US-India Business Council (USIBC), the PM claimed that “each year, India is reaching record highs in FDI, adding that FDI inflows in India in 2019-20 were 74 billion dollars, which is an increase of 20% over the previous year”.

The theme for this year’s Summit is ‘Building a Better Future’. Modi talked about India’s rise in Ease of Doing Business rankings of the World Bank.

“There is global optimism towards India because it offers a perfect combination of openness, opportunities and options,” he said and reiterated that in the last six years, efforts had been undertaken to make our economy more open and reform oriented. “Reforms have ensured competitiveness, enhanced transparency, expanded digitization, greater innovation and more policy stability,” he said adding that there were extensive opportunities to invest across sectors in the country.

He pointed out that there were opportunities to invest in areas including agriculture inputs and machinery, agriculture supply chain, food processing sector, fisheries and organic produce. Noting that the healthcare sector in India was growing faster than 22% every year and the progress of Indian companies in production of medical-technology, tele-medicine and diagnostics, he said that now is the best time to expand investment in Indian healthcare sector.

Prime Minister listed several other sectors which offer tremendous opportunities to invest, viz. the energy sector; infrastructure creation including building houses, roads, highways and ports; civil aviation, wherein top private Indian airlines plan to include over a thousand new aircrafts over the coming decade, thus opening up opportunity for any investor who chooses to set up manufacturing facilities in India, and also through setting up of Maintenance Repair and Operations facilities. He mentioned that India was raising the FDI cap for investment in defence sector to 74%,  two defence corridors had been established to encourage production of defense equipment and platforms, and added that special incentives are offered for private and foreign investors. He also mentioned path-breaking reforms being undertaken in the space sector.

Prime Minister said that India had what was needed to power the global economic recovery. He noted that India’s rise meant a rise in trade opportunities with a nation that could be trusted, a rise in global integration with increasing openness, a rise in competitiveness with access to a market which offered scale, and a rise in returns on investment with the availability of skilled human resources.

Calling USA and India as natural partners, he said this partnership could play an important role in helping the world bounce back faster after the pandemic. Reaching out to the American investors, he said that there hasdnever been a better time to invest in India.