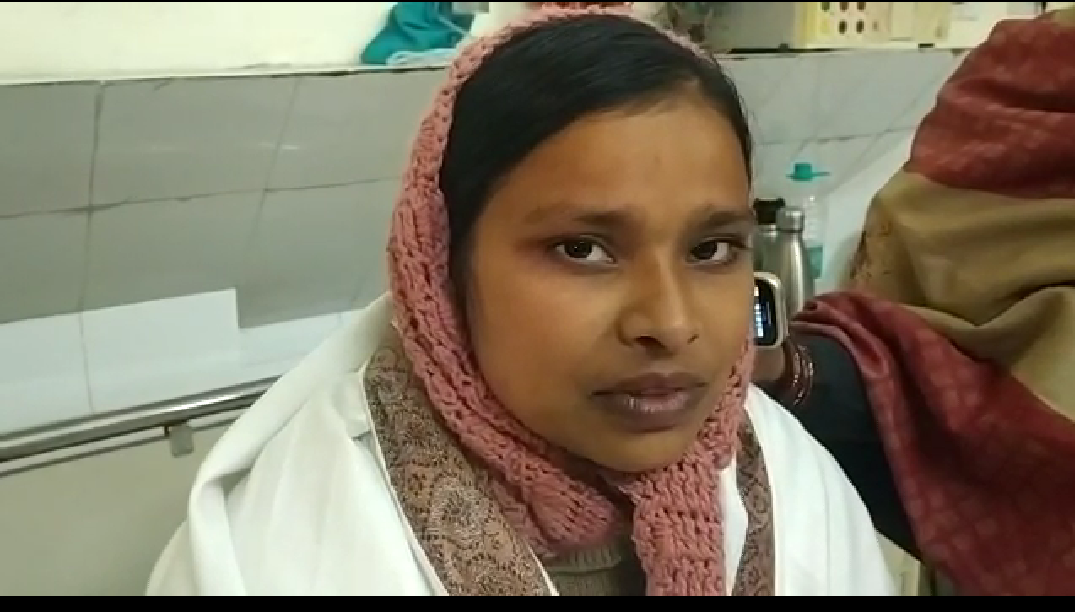 Haridwar: Within 24 hours of being forcibly taken into custody by the police from her bedroom at Matri Sadan ashram, Saniya aka Brahmacharini Padmavati was discharged from the Doon Medical College Hospital in Dehradun where the police had got her admitted, and was back in the ashram by Friday evening.

In videos released by the Ashram, one video shows her talking in the hospital to a person who claimed himself to be a human rights activist, she  made the sensational allegation that there was a larger conspiracy to rape her. In another video shot after she returned to the ashram she reiterated her claim and recounted how a doctor there declared her to be two-month pregnant. However following her loud protests and demand for medical tests, the subsequent tests could not establish that she was pregnant.

The Sadhvi who hails from Nalanda district in Bihar, was on her 47th day of protest in demand of incessant flow of holy river Ganga here, before she was picked up by the police.

Soon after she was picked up by police,  another seer from the ashram, Swami Atmabodhanand, sat on a hunger strike. After her return, now both will continue to protest together to press their demand for Ganga.

Haridwar Senior Suprintendent of Police S Senthil Avoodai Krishnaraj however was quoted in media as claiming: “It was not an arrest, the seer was shifted. It was a combined operation by the district administration, chief medical officer’s team and police. The seer’s reports stated that she needed medical attention else it could be life threatening for her. To save her, we had moved the seer from Matri Sadan to the hospital. After getting district magistrate’s order as per protocol, the seer was taken to the hospital for medical attention in the presence of the entire team.”

Dr. KK Tamta, medical superintendent of Doon hospital, was quoted by a local newspaper as saying, “Her vitals are stable. She refused to take drip or any kind of treatment and also refused to give blood sample for tests. Though her urine test report is normal, ketones are negative, so the physician who was seeing her has recommended her discharge.”

Earlier Matri Sadan had filed an application in the court of chief judicial magistrate against the Chief Minister, five officials and about 150 unnamed police personnel for forcefully abducting Sadhvi Padmavati from the Ashram on Thursday night.

1 thought on “Sadhvi Padmavati is back at Matri Sadan, alleges there was a larger conspiracy to rape her”