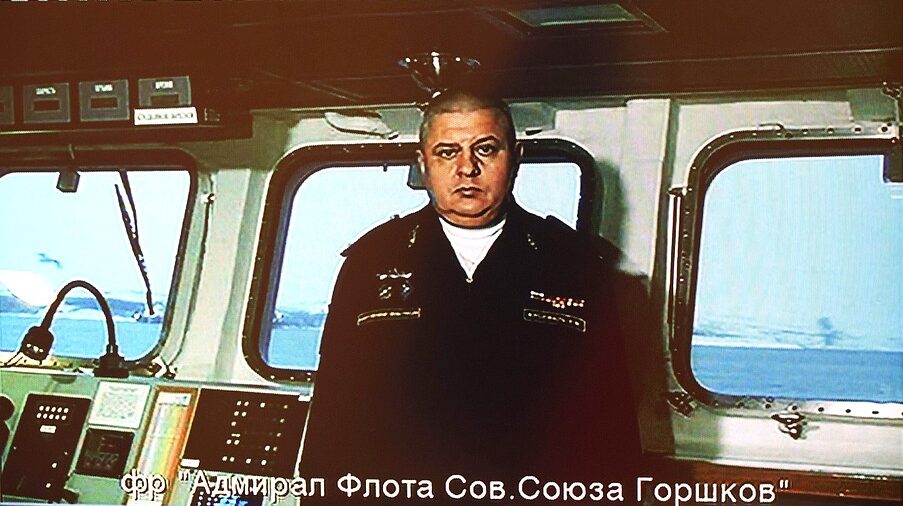 Novo-Ogaryovo, Moscow Region:  Russia pressed into service, its “combat duty” frigate ‘Admiral Gorshkov’, a modern multi-purpose ship with guided missile weapons “designed to resolve challenges in the far seas and ocean zones”. The ship embarked on a “long-distance naval mission” across the Atlantic and Indian Oceans, as well as the Mediterranean Sea, today.

Defence Minister Sergei Shoigu said the main objectives of this mission will be focused on countering any threats to Russia, and maintaining regional peace and stability together with friendly countries. During the exercises and training, the crew will practice the use of hypersonic weapons and long-range cruise missiles in various environmental conditions, he added.

The Commander of the Admiral of the Soviet Navy Gorshkov frigate Igor Krokhmal said the ship went through the full cycle of preparations for its mission. It was equipped with ammunition for the missiles in the Zircon and Caliber systems, air defence systems, torpedo weapons, and artillery. The crew of the ship is ready to carry out the tasks of combat duty.

Prior to the ship’s departure for a long-distance naval mission, Russian President Vladimir Putin said that “such powerful weapons will make it possible to reliably defend Russia from potential external threats and will help ensure our national interests”. He stressed that Russia will continue to build up the combat potential of the Armed Forces and produce advanced weapons and equipment that will guard Russia’s security in the coming decades. “This is a promising weapon,” he said.