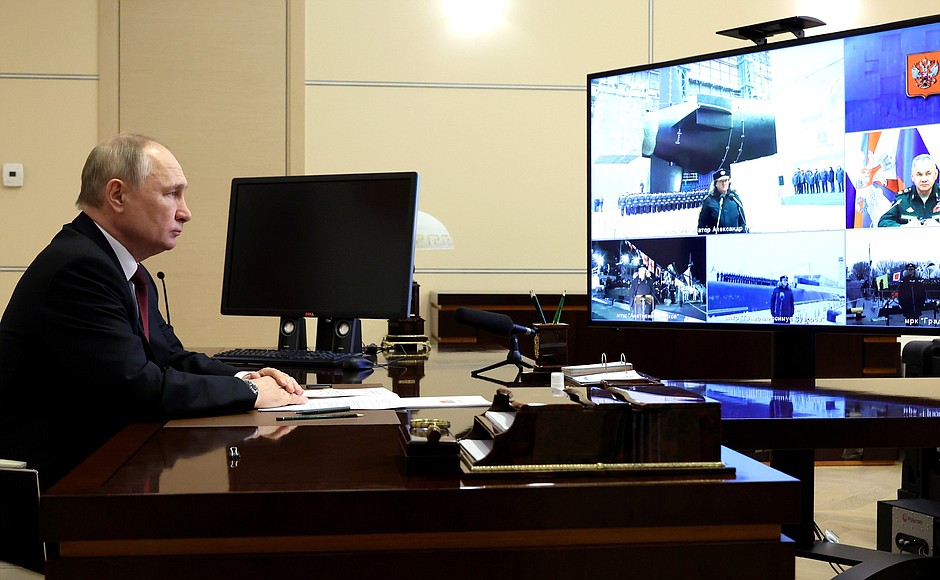 Moscow: Russia today launched the nuclear-powered cruise missile submarine Imperator Aleksandr III. Russian President Vladimir Putin declared during the launch that Russia will do “everything necessary to reliably protect the security of Russia and our national interests in the World Ocean”. Putin took part, via videoconference, in the ceremony for raising the Russian navy flag on the new vessels delivered to the Navy and the launch of the missile submarine.

The Russian President stressed that his country will increase the speed and volume of building vessels of different types, equip them with the most advanced weapons and provide operational and combat training to the navy men, including based on the experience gained during the special military operation in Ukraine.

During the event, shipyards in Severodvinsk, Baltiysk and Vladivostok handed over to the Navy the nuclear-powered cruise submarine Generalissimus Suvorov, the small-size missile ship Grad and the sea minesweeper Anatoly Shlemov, respectively. They are now part of the Russian Navy and begin their military service.

The new submarines and surface ships are equipped with advanced navigation, communications and hydroacoustic systems, high-precision weapons and robotic systems.

While the Generalissimus Suvorov is armed with Bulava ballistic missiles, which significantly increase the capability of our naval nuclear forces, Putin noted that four more such submarines will be built as part of the current state armament programme, which will ensure Russia’s security for decades to come.

The Grad small-size rocket ship is also a new-generation project. Vessels of this class have shown high efficiency in carrying out combat missions in Syria and have proven themselves well in the course of special military operations.

Sea minesweepers, such as Anatoly Shlemov, also belong to the new generation. This project is considered one of the most successful Russian developments in surface shipbuilding. In the future, it is planned to build ten more vessels of this class.

Putin thanked everyone who developed and built the new ships and wished good luck to their crews. “I am sure that the navy men will fulfil their duty with honour, remain faithful to the St Andrew flag, and selflessly serve our Fatherland and our nation,” he said.