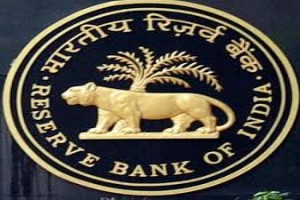 Fiscal Crisis looming large in the country -I

With India’s central banker, Reserve Bank of India facing pressure to comply with fiscal dominance policy to bail out the Centre from debt trap, the high deficit figures that are coming into the public domain threatens the livelihood and sustenance of the entire population in the country. At present, both the government at the Centre and in the various states are on an all-out bid to cut salaries of their employees. The banks in turn, to offset the increased borrowing by the government, are forced to drive down the interest rates of fixed deposits meaning that is the only option left for them to control and bring down the quantum of government debts.

The immediate impact of such behaviour will be lowering of the purchasing powers of government employees and pensioners as well. This will in turn yield lower business revenues in the market and still worse, even precipitate distress sales as a last-ditch solution to get things moving.

With the advent of the pandemic, things have turned out to be gloomier for the governments both at the Centre and in the states. The projected figures for earning revenue have sharply dipped and a huge shortfall from the figures projected at the beginning of the current calendar year has also been flagged. The hardships of 2019-20 on the fiscal count is beginning to look like a picnic compared to what is in store for 2020-21. Estimates made so far, indicate that the Centre and state governments together may incur a fiscal deficit of above 10% of the GDP by the ending of the current financial year, with the current figures too being ominously high at 7 to 7.5% of the GDP.

At present, the governments at the centre and various states have stalled the yearly hike in dearness allowance and reliefs that accrue to their employees and pensioners. In addition, a lack of application of minds has also resulted in steep hike of taxes on petrol and diesel. In sharp contrast to world prices of oil that have crashed to an all time low, Indians are forced to pay through their nose for the same.

The situation on ground however, has not changed with the governments at the centre and states, resorting to increased borrowing to cope with the fiscal deficits. It has put them under more debts whereby the banks are forced to hike the interest rates. On a damage control mode, the central banker, RBI,  is making a bid to keep the interest rates low, which in turn has affected the Fixed Deposits lying with banks adversely.