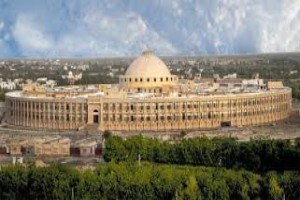 Jaipur: Amidst continuing suspense on the fate of Sachin Pilot and 18 other Congress rebel MLAs, the Rajasthan High Court deferred its pronouncement of verdict till Friday on the writ petition filed by them that challenged the disqualification notice served by the assembly speaker. The HC communicated to the speaker a request to defer action on disqualification notice till Friday.

Subsequently, the State Assembly Speaker CP Joshi postponed the further course of action in connection with disqualification notice sent to 19 MLAs till the evening of July 24, the Rajasthan Assembly Secretariat informed on Tuesday.

The High Court bench had earlier on Monday given a reprieve to the Pilot camp by stating, “A Party whip can be issued only for an Assembly session and not in the instance of any party meeting.”

Chief Minister Ashok Gehlot convened a Congress Legislative Party meeting at a hotel in Jaipur earlier on Tuesday. State-level leaders Ajay Maken and Govind Singh Dotasara among others attended the meeting. Gehlot was quoted as saying in the said meeting that “those betraying the party will not be able to show their faces in public”.

In a related development Congress scion at the Centre, Rahul Gandhi referred to the crisis precipitated in the state as one more of BJP’s long list of achievements in attempting to “topple the government” in the COVID-19 era.