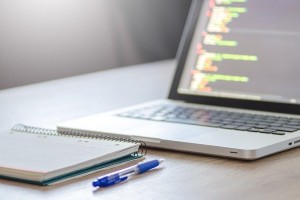 Ahmedabad: The management of the private schools in Gujarat has declared a temporary cease-fire in their war against the state government resuming the online education from Monday after a break of three days “in the larger interests of the students.”

The decision to resume online education apparently was taken by the management due to the apprehension that their case pending before the High Court might be weakened if the interests of the students were not first safeguarded. The High Court had in the past given a clear indication that it was not prepared to view the educational institutions purely as business ventures though the economic aspects could not be ignored.

The private schools had suspended the online education last Thursday in retaliation to the state government’s decision to restrain them from charging any fees from the parents of their students till the schools physically reopen after the Corona pandemic was over. The decision, however, had enraged a section of the parents, particularly those who had paid the fees for the first quarter much before the government took the belated decision, who demanded that the interests of their wards could not be jeopardised by the school managements.

Also read: In the war between government and private schools, students and teachers are the losers in Gujarat

A spokesman for the Association of the Progressive Schools, the umbrella organization of the private schools in the state, denied that the management had been cowed down by the state government’s threat to start online education for the students of the private schools also if the management sticks with their decision to suspend education. “We have taken the decision only in the interests of the students to ensure that what they have learnt in the last two months through online education do not go waste for want of practices. We are sure that the government which could not develop proper infrastructure for the online education for the students of the government schools would never be able to perform the task for the private schools run under separate boards including the state board, the CBSE board, the ICSE board and several more,” the spokesman said.

But though almost all the private schools have resumed online classes for all, a few reputed schools, particularly in the English medium, have blocked the internet connections of the students whose parents so far have failed to deposit fees to deprive them the advantage of online classes. The parents of such students have drawn the attention of the state government how the management of the schools were ignoring its orders and punishing the students for non-payment of fees.

Non-payment of fees have also created a piquant situation for some 15 lakh teachers in the 16,000 odd private schools in the state who have also petitioned the government to ensure that their jobs were protected and their salaries paid. Demanding a special package for the private schools, the association of the teachers expressed the apprehension that they would be deprived of their salaries and might even lose their jobs if the government sticks to its ill-advised decision not to charge at least the tuition fees to the private school managements. The petition claimed that a principal of a private school in Rajkot had been forced to sale vegetables on the streets to maintain his family after losing his job. “We may all be forced to follow the suit and it does not speak well for a welfare state,” it cautioned.

While resumption of online classes has provided some relief to the students of the private schools, at least for the time being, the future of some 80 lakh students, both in Gujarati and English mediums, will largely depend on the outcome of the case in the High Court, the first hearing for which is scheduled on Wednesday.

*The writer is an Ahmedabad-based senior journalist.

0
0
Tags: Online School Education in Gujarat the Association of the Progressive Schools Gujarat