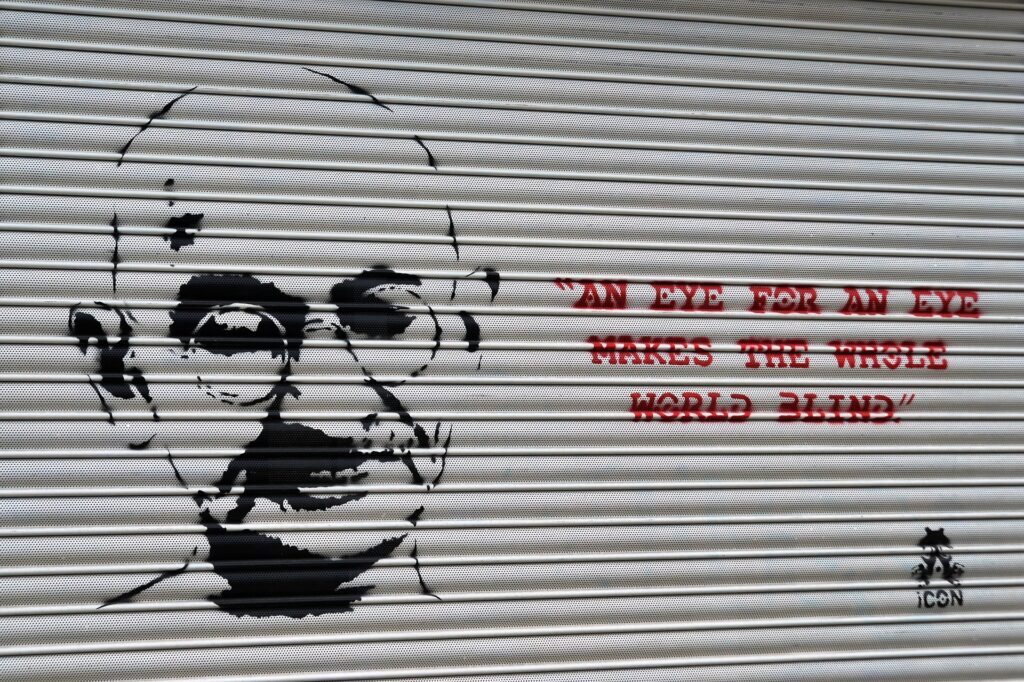 Politics: The Gandhi versus Savarkar binary

Mahatma Gandhi and Veer Savarkar are part of public discourse for different reasons of late. The statue of Mahatma Gandhi in the United Nations headquarters in New York is a gift from India. It was installed at the North Lawn Garden in December 2022, with a view to promoting pluralism and peaceful co-existence along with the removal of discrimination. At a juncture, when the United Nations failed to address the prolonged war in Ukraine, it reminded us of an old adage, Majboori Ka Naam Mahatma Gandhi (the synonym of compulsion is Mahatma Gandhi).

Meanwhile, the Karnataka Government has unveiled, in the State Assembly, portraits of the seven leaders, including Gandhi and Savarkar. This portrait of Savarkar, who was a victim of life-long injustice, enthused his admirers. On the other hand, Karnataka Congress leaders staged a sit-in outside the Assembly to promote the binary based on Gandhi versus Savarkar. In recent years, an unnecessary comparison intensified between these two incomparable freedom fighters, and in this case, the year 2022 overshadowed the previous years. The British government repeated his 25-year jail term, and this tradition was repeated in independent India by sending Savarkar to jail twice.

Mahatma Gandhi’s two sons—Manilal and Ramdas—opposed the hanging of Nathuram Godse and Narayan Apte in Gandhi’s assassination case. Vinoba Bhave and Ramdas had tried to meet them in the jail unsuccessfully. Gandhian activists from different parts of the world had made the government aware of Gandhi’s ideology and opposed the death penalty with a demand for releasing the culprits. The then Governor General of India C. Rajagopalachari, Prime Minister Jawaharlal Nehru and Home Minister Sardar Vallabhbhai Patel preferred to ignore their view in order to teach a lesson to Gandhi’s killers, from the rule book.

Savarkar was known for revolutionary ideas and the investment in a company that used to publish the periodicals like ‘Agrani’ and ‘Hindu Rashtra‘ that Godse and Apte managed. Its opposition to the Gandhian perspective has its own history. On account of it, he was sent to jail as the main conspirator in the murder case. But the State failed to prove it in the trial court headed by Atma Charan. Going beyond its terms of reference, Kapur Commission repeated the same mistake. It was presented, in 1969, before the Parliament, and denial of a discussion on it led to the old tradition of injustice towards Savarkar. After almost half a century, the Supreme Court clarified the situation in 2018.

The so-called evidence of Savarkar’s bodyguard Appa Kasar and personal secretary Gajananrao Damle were there, but its production in court would have exposed the State. Justice JL Kapur heard most of the people but did not consider calling these two witnesses despite being alive.

Savarkar had compared Gandhi’s murder to patricide. It will pose a threat to the existence of India as a nascent nation. He issued a warning to that effect. But the government arrested him for keeping him in jail for more than a year. But the friendship between Gandhi and Savarkar since 1906 prevailed over conspiracy. Still, his persecution continued even after the court acquitted him. Again he was sent to imprisonment in 1950 ostensibly to please Pakistani leader Liaquat Ali Khan. The High Court bench headed by Justice M.C. Chagla found him innocent and released him after 100 days (Veer Savarkar by Keer, 431).

This was an injustice that the government of independent India inflicted upon him. For the sake of power, the political class has continued to use his name like Gandhi’s. As such, it emerged as a tool kit. Savarkar’s revolutionary ideas were for the participation of the Indian people in politics. Eight years after his arrest in 1910, the situation changed due to the reforms of 1918 and the Government of India Act of 1919. The British government issued an order to release all political prisoners as a result of Indian participation in World War I. It further eliminated the need for an apology. Surprisingly, injustice continued in his case at the hands of the government of independent India.

The Congress Party leader Rahul Gandhi has been trying hard to focus on Gandhi versus Savarkar binary. After the four-year-old Supreme Court order, he cannot implicate Savarkar in Gandhi’s assassination. So, he has referred to Savarkar’s apology in Maharashtra during the foot march (Bharat Jodo Yatra) to gain attention in the public and media. In the true sense of the term, an apology is one of the Gandhian ideas.

This kind of politics has not only harmed Savarkar and Gandhi, but also the country and the world. The Gandhian activists known for long protests in the Salt Satyagraha failed to save the fall of Tibet. Today, there is tension on the border with China. Rahul Gandhi has taken an aggressive stand on China while ignoring two things – Gandhi’s statue has found an imminent place among the ruling dispensation that once revered Savarkar. In the context of Chinese expansionism, Savarkar and Ambedkar are still relevant.

In the case of ignorance towards the truth, one can only harm the national interest.

It’s not appropriate to engage in the binary of Gandhi versus Savarkar. However, Rahul perhaps hopes that such polarization might benefit the Congress Party in the next general elections. However, the leaders engaged in raking up Gandhi versus Savarkar rhetoric to gain power should not forget the fact that there were similarities between these two public figures. They had kept themselves away from public offices.