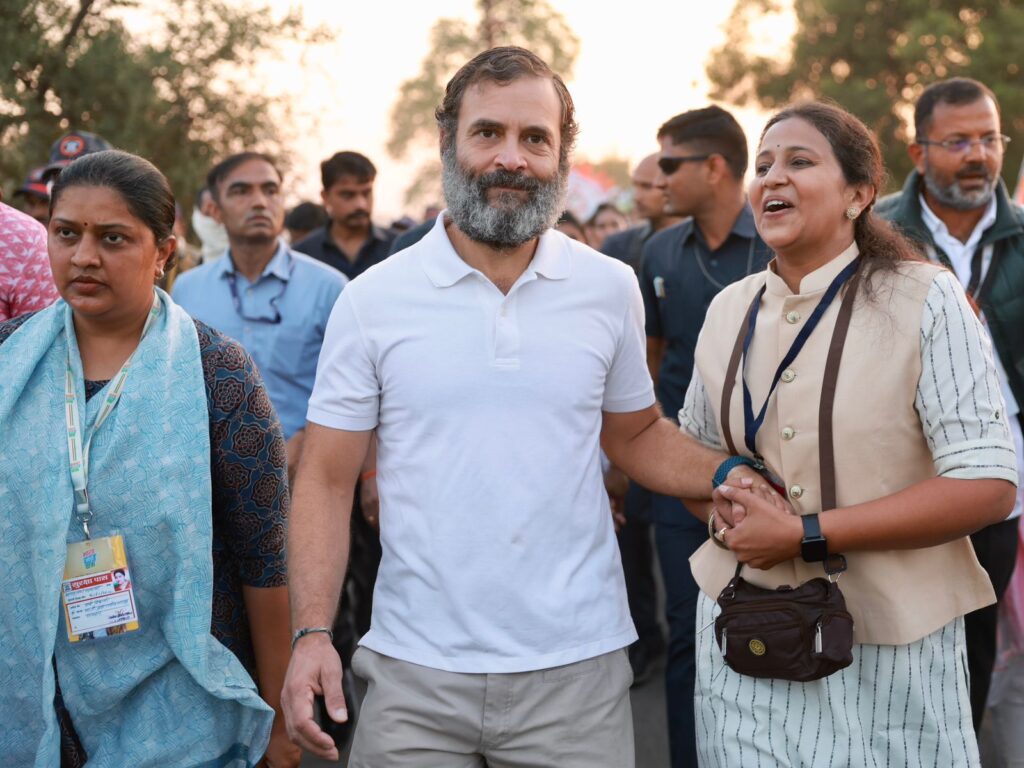 Rahul Gandhi is once again in the news on account of making, what appears to be, a politically incorrect statement. Especially when he is called upon to exhibit maturity in countenancing the gravitas, as warranted for a mature politician, has he once again thrown a spanner in the evolving perception of his gaining political maturity by dubbing Vinayak Damodar Savarkar as ‘Mafi Veer‘?

Rahul’s statement has stirred the hornet’s nest among his coalition partners in Maharashtra, the MVA (Maha Vikash Agadhi), comprising the Shiv Sena of Uddhav Thackeray and the Nationalist Congress Party of Sharad Pawar. Even the Maharashtra Congress members seem quite upset with his comment as Savarkar is much admired in Maharashtra for his cultural contribution. A newspaper report suggests Rahul was advised against making any remark on Savarkar by at least three party leaders.

In the aftermath of the comment from Rahul Gandhi, Sanjay Rout, the leader of the Shiv Sena of Uddhav, stood up in vehement protest, dubbing the comment as ‘ outrageous’, threatening to have adverse impacts on the MVA coalition in Maharashtra. The discomfiture in NCP too is adequately palpable. Significantly, Aditya Thackeray from the Shiv Sena, and Supriya Sule from the NCP had already joined Rahul in his ‘Bharat Jodo Pad Yatra’ when he entered Maharashtra and then made this comment.

So was it Rahul’s characteristic faux pas, especially when his ‘Bharat Jodo’ Pad Yatra had already begun gaining some traction with the people, or was it a well-planned political strategy to revive a contentious issue in view of the Gujarat elections through the role of Sardar Vallabhbhai Patel including the assassination of Mahatma Gandhi and the arrest of Savarkar with the ban on the Rashtriya Swayamsevak Sangh?

The Congress Party has sought to distance itself from the remarks claiming it was made at the spur of the moment. Congress spokesperson Jairam Ramesh told a press conference in Maharashtra’s Buldhana that Rahul mentioned Savarkar when he was speaking during the birth anniversary of tribal icon Birsa Munda. “He mentioned Savarkar in the context of how Munda did not compromise with the British, while Savarkar signed a mercy petition, which is a fact,” Ramesh said.

However, going by the reaction of his allies,  it does appear that Rahul would blow all the goodwill he had accumulated in the process of his Pad Yatra, into smithereens, by targeting the contemporary icon from Maharashtra, Savarkar, popularly referred to as Veer Savarkar.

Rahul has constantly been ridiculed and called a ‘Pappu‘ – a laggard in politics, connoting his “lack of maturity” in politics, by his detractors. Try as he might, Rahul Gandhi has hitherto failed to shed the tag over the last two general elections–2014 and 2019–where Congress ended in a fiasco, securing 44 and 52 seats.

In light of this, the question is whether his attack on Savarkar help him politically or not.

Incidentally, Rahul’s latest plunge in ‘Bharat Jodo‘, which apparently resonated with many, especially in the wake of polarised polity, came in for some praise. But then, Rahul Gandhi again tripped in the shortest possible time: A few days ago, when the national anthem of Nepal was sung on the stage. Has he again tripped with his remarks on Savarkar?

His remark on Savarkar does contradict his very mission.

Savarkar was the fewest of few to have been sentenced to Kala Pani in  Cellular Jail in Andaman, the rigour of which might cause dread in the hearts of even the most daring freedom fighters. He was confined to a dingy room where eternal darkness was his solitary companion, that too, for eleven years. In his book,  The Indian War of Independence 1857, Savarkar sought to portray the ancient and mediaeval glory of Bharat Varsha to inject a burning sense of patriotism in the freedom fighters. Thus the book is purported to have inspired scores of freedom fighters, including Bhagat Singh and others. Even Lala Hardayal of the Ghadar Movement had claimed to have drawn inspiration from the book of Savarkar.

Speaking on the birth anniversary of Savarkar in 2006, Atal Behari Vajpayee, the former Prime Minister, while paying a glowing tribute to Savarkar, had described him as an ocean, whereas calling himself a drop of that ocean. Hindutva, the book written by Savarkar, which later was adopted by Rashtriya Swayamsevak Sangh for its own philosophical edification, is the doctrinaire belief of Hindu nationalism.

Savarkar’s innate belief which was shared also by Mohammad Ali Jinnah, that Hindus and Muslims are two different nations, found its expression in the creation of Pakistan.

The western concept of secularism inserted in the Constitution by Indira Gandhi in 1973, was alien to the very geo-political reality of India, as it is increasingly becoming obvious today when the polity stands polarised across religious lines.

Little surprise therefore that now the right wing has been provided with enough ammunition to attack him: “How come you undermine a national icon while eulogising the other? Evincing pride in Nehru’s India, while lambasting Savarkar as ‘ Mafi Veer’ is the vindication of the fact that, his so’ called ‘Bharat Jodo’ Pad Yatra is the ruse to usher in Nehru’s India, unequivocally has few takers today.”

Hence against this backdrop, hasn’t Rahul Gandhi proved that in making faux pas he has seldom a match in contemporary politics in India?  After all, his diatribe against Savarkar has engendered yet another wanton controversy which ought not to have been triggered in the first place.