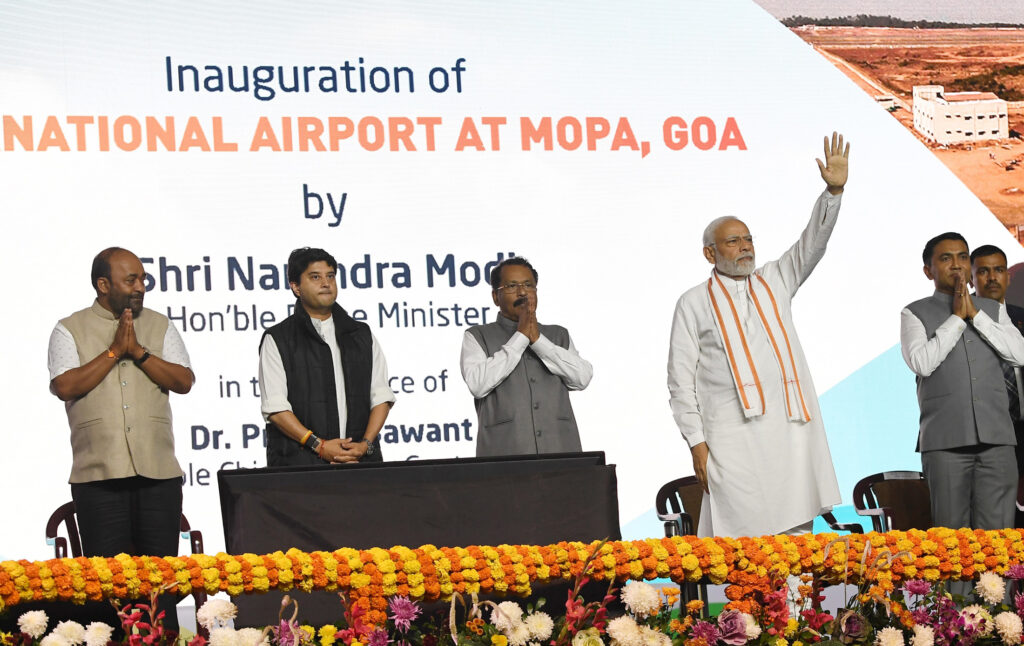 PM inaugurates the Mopa International Airport, in Goa on December 11, 2022.

Panaji: Prime Minister Narendra Modi inaugurated the International Airport in Mopa, Goa which has been named after former Goa chief minister and union defence minister, late Manohar Parrikar. The foundation stone of the airport was laid by him in November 2016.

Developed at a cost of around Rs. 2,870 crores, the airport has been built on the theme of sustainable infrastructure and comprises a solar power plant, green buildings, LED lights on the runway, rainwater harvesting, state-of-the-art sewage treatment plant with recycling facilities, among other such facilities. Initially, phase I of the Airport will cater to around 4.4 million passengers per annum (MPPA), which can be expanded to a saturation capacity of 33 MPPA. It has adopted some of the best-in-class technologies like 3-D Monolithic Precast buildings, StabilRoad, Robomatic Hollow precast walls, and 5G compatible IT infrastructure.

Some of the features of the airport include a runway capable of handling the world’s largest aircraft, 14 parking bays along with a night parking facility for aircraft, self-baggage drop facilities, state of the art and independent air navigation infrastructure, among others. 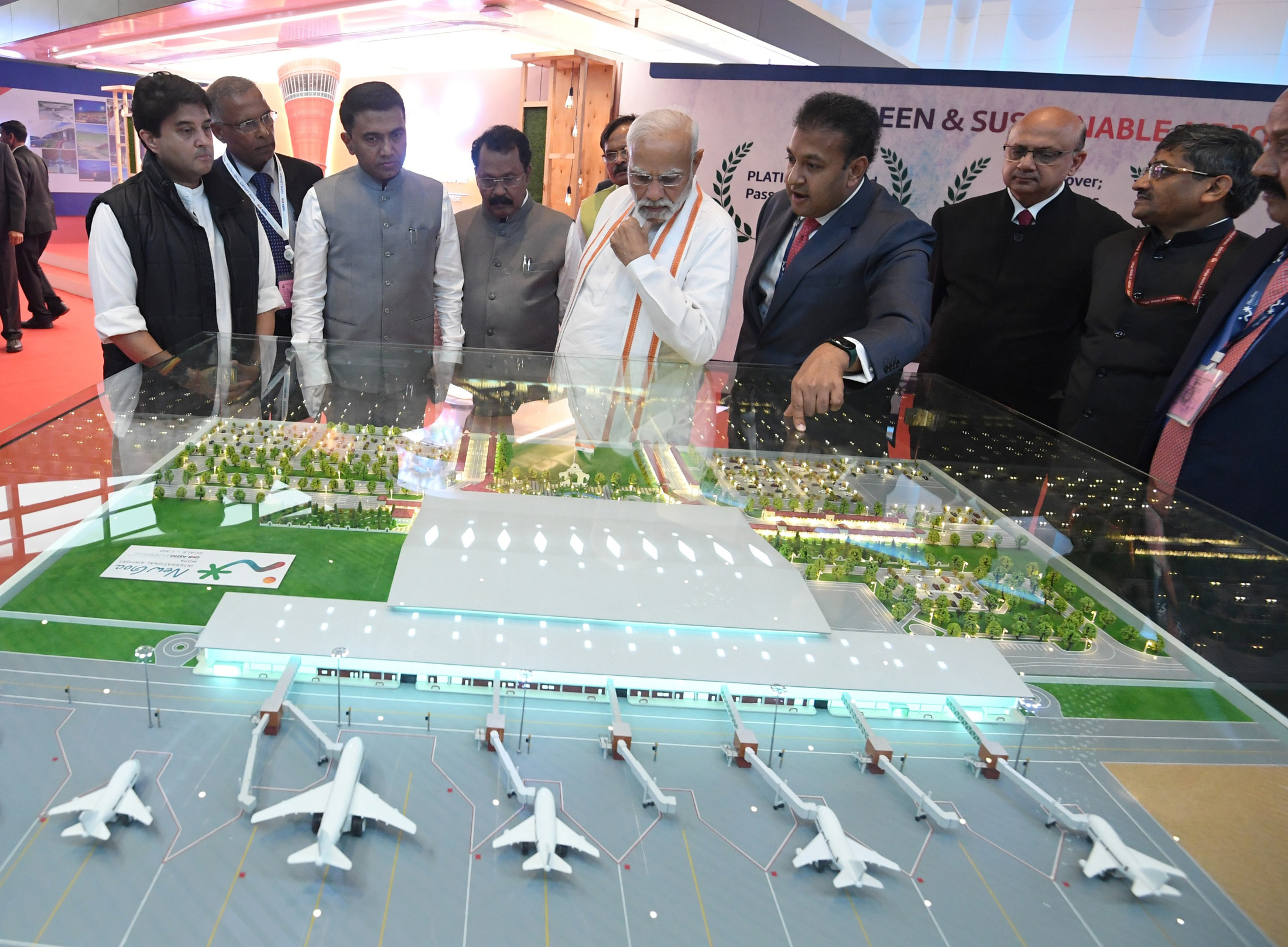 The airport has the potential of serving as a key logistics hub, directly connecting many domestic and international destinations. It is also planned for the airport to have multi-modal connectivity. Apart from tourism benefits, the presence of two airports has created new opportunities for Goa as a cargo hub.

Addressing the gathering, the Prime Minister recalled Atal Bihari Vajpayee’s government that had initially planned this airport. He said

The Prime Minister listed the steps taken to ensure ease of travel and improve the country’s tourism profile in the last 8 years. He talked about easing the visa process, improved visa-on-arrival facilities, modern infrastructure and last-mile connectivity, and accompanying digital, mobile and railway connectivity. These measures have borne results. In 2015 the number of domestic tourists in India was 14 crore. Last year this number increased to about 70 crores, he said.

Modi reiterated that tourism has the biggest potential for employment and self-employment and elaborated upon the steps to improve the tourism infrastructure in Goa. “More than 10 thousand crores have been invested in highway projects in the state since 2014. The traffic problem in Goa is also being addressed. Electrification of the Konkan Railway is also benefiting the state”, he said.

Apart from increasing connectivity, Modi said the government’s focus is also on promoting heritage tourism by improving the upkeep of the monuments, connectivity and related facilities. He mentioned the development of the Agoda Jail Complex museum as an example of this effort. He added that modern technology is being used to make the monuments more attractive and the journey to the places of pilgrimage and the monuments is being facilitated via special trains, he said.