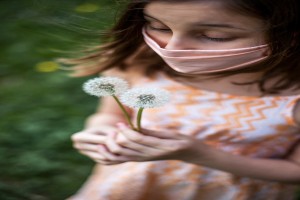 Eradicated in Africa, Polio now exists only in Pakistan and Afghanistan

Geneva: The World Health Organisation will set up a committee to review International Health Regulations (IHR) – the legal instrument agreed by countries that governs preparedness and response for health emergencies.

The decision to this effect has been necessitated by the COVID-19 pandemic and before that emergencies such as the Ebola outbreak in eastern Democratic Republic of Congo. According to the WHO, these outbreaks demonstrated that some elements of the IHR may need review, including the binary nature of the mechanism for declaring a public health emergency of international concern.

The International Health Regulations allow for a review committee to be established to evaluate the functioning of the IHR and to recommend changes to it and on Thursday, WHO Director-General Dr. Tedros Adhanom Ghebreyesus informed WHO’s Member States about the plan to establish an IHR Review Committee to advise him on whether any changes to the IHR may be necessary to ensure this powerful tool of international law is as effective as possible.

The committee will be made up of independent experts, who will examine various aspects of the IHR.

“The pandemic has been an acid test for many countries and organizations, as well as for the International Health Regulations,”  Dr. Ghebreyesus told mediapersons here and informed that although the review committee’s remit would be  specific to the IHR, it will communicate with the Independent Panel for Pandemic Preparedness and Response, and with the Independent Oversight Advisory Committee for the WHO Health Emergencies Programme, to exchange information and share findings.

Depending on the progress it makes, the committee will present a progress report to the resumed World Health Assembly in November, and a full report to next year’s Assembly in May, he said.

Last month the Director-General had announced the establishment of the Independent Panel for Pandemic Preparedness and Response, to evaluate the global response to the COVID-19 pandemic. “WHO is committed to ending the pandemic, and to working with all countries to learn from it, and to ensure that together we build the healthier, safer, fairer world that we want,” he said.

In the meantime, the WHO expressed its concerns over a “profound effect” on the mental health “of millions of people” because of the lack of social interaction  as well as the anxiety and fear caused by the COVID-19 pandemic.

The pandemic has caused disruption to mental health services and people in long-term facilities such as care homes and psychiatric institutions are at increased risk of infection. The WHO has noted that mental health professionals have themselves been infected with the virus; and some mental health facilities have been closed to convert them into treatment facilities for people with COVID-19.

“Mental health was already a neglected health issue globally. Close to 1 billion people are living with a mental disorder, 3 million people die every year from the harmful use of alcohol and one person dies every 40 seconds by suicide. Yet relatively few people have access to quality mental health services,” Dr. Ghebreyesus pointed out. He expressed concerns that in low- and middle-income countries, more than 75% of people with mental, neurological and substance use disorders receive no treatment for their condition at all.

“This remarkable effort was started by Rotary International in the 1980s, and advanced by Nelson Mandela in 1996, with the launch of a campaign to “Kick Polio Out of Africa”. At the time, polio paralyzed 75,000 children every year.Although sadly he is not here to see it, we have realized Madiba’s dream,” he said.

The WHO acknowledged that this extraordinary achievement could be possible because of the determination of the people and governments of Africa, and the strong partnership between WHO, Rotary, the Bill and Melinda Gates Foundation, UNICEF, Gavi and the US CDC. “I would also like to acknowledge the many donors who have invested in making this possible, including Australia, Canada, the European Union, France, Italy, Germany, Japan, Norway, Russia, Saudi Arabia, Spain, the United Arab Emirates, the United Kingdom, the United States of America, and others,” he said.

However, he pointed out that this was not the end of polio globally. “We still have a lot of work to do to eradicate polio from the last two countries where it exists: Afghanistan and Pakistan,” he said.

292 thoughts on “Pandemic compels WHO to review International Health Regulations”