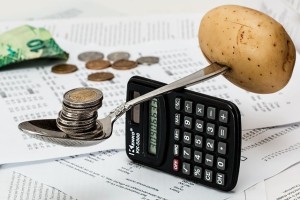 Having sounded the alarm on what the common man is likely to be faced with, it would also help if we observe the patterns that have emerged in the banking sector. Though the trend may not be representative of the entire banking gamut, it would augur well to point out how the premier nationalised bank, namely State Bank of India lapsed into an era of contrastingly less attractive interest rates that yielded from its Fixed Deposits (FDs).

The story is not too far back. It’s just a mere half decade back. The SBI’s five-year FD scheme used to fetch a healthy interest of 8%. The current interest rate for the same term for SBI FDs stand at 5.4%. To understand quantum of dip in the yields of SBI’s five-year bonds, it would suffice to say that assuming you deposit Rs. 1 lakh in this FD scheme, it will fetch you an increment of just Rs 30,000 at current interest rates, in sharp contrast to Rs. 47,000 half a decade back. To generalize on how the FD interest rates are trending in the current situation, they rest anywhere between 5 to 6%.

Also read: With the crunch on the interest rates, there is increased pressure on the purse strings of depositors

This implies that the investor or depositor might seek a better avenue to park his or her savings to ensure higher interest yields. The alternative that currently exists for such an avenue is the small savings schemes. The interest rates under these schemes vary from 5.5% that covers a one-year deposit to 7.6% for longer tenures. In short, small savings schemes as of now serve as a welcome relief for people seeking higher interest earnings. Another sop some of these schemes offer is deduction in taxes.

The corpus that accrues from these schemes is deposited with the National Small Savings Fund (NSSF). Currently NSSF is serving as an opiate to help the government in handling the pangs of high fiscal deficit. A significantly high quantum of the fiscal deficit faced by the government emanates from the stables of the Food Corporation of India (FCI). The FCI being entrusted with selling grains like rice and wheat at highly subsidized prices to provide for all including the Below Poverty Line (BPL) families, consumes a significant chunk of the funds from the slabs earmarked for government expenditures.

According to latest reports on the fiscal dominance front, the government has failed to honour a whopping Rs. 2 trillion raised by the FCI for providing the said food subsidies. The problem being that, had the government settled its account with the FCI, its fiscal deficit figures would have sharply increased. Currently, the government’s opiate remedy provided by NSSF is serving to finance a huge chunk of the unpaid bill the government owes the FCI. When the government uses this as an instrument to buffer its shortfall, it should be understood that this is no panacea but only a way of pushing the debt crisis to a future date.

In fact, the means adopted to keep the NSSF money channel alive is somewhat reminiscent of Ponzi schemes floated by online marketing portals. For the NSSF to be able to fund the government debt, there is a need for continuous deposits pouring into its coffers and at the same time it’s required to fetch higher interest rates to depositors as compared to rates that are currently prevailing with FDs.

The government does have innovative options to tackle the crisis. It can cut down on GST rates and income-tax rates in addition to pitching for sale of land banks to consolidate its revenue earnings.

There is also an unattractive option available to combat the crisis, that of allowing our Central Bank to print more currency notes. Unfortunately, this will be a strict no-goer for the Indian economy as unlike in the case of the Federal Reserve printing more dollars to keep the US economy floating, the Indian rupee is not a reserve currency in the international circuit as is the case with dollars. This option is tagged as unattractive for two reasons. Firstly, it will result in foreign investors quitting the Indian market and secondly, the rupee will steeply get devalued against the dollar.