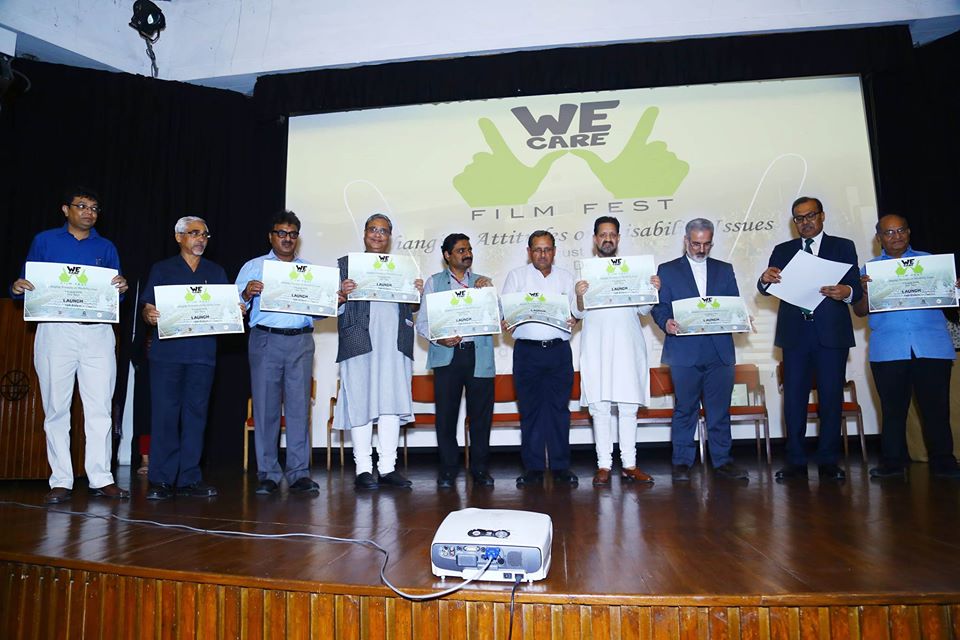 New Delhi: Manila will host the 17th edition of  We Care Film Festival,  the New Delhi-based film festival on disability issues -the only such festival in this part of the world some time in September, barring the volatile situation of the pandemic Covid-19 virus now taking its toll with impunity the world over. UNESCO and United Nations Information Centre for India and Bhutan are among the co-founders to this travelling film festival, which has already travelled to a large number of  venues in India, Mauritius, United Arab Emirates, Iran, Singapore and at the UNESCO headquarters in Paris, France.

Manila as the next venue has been confirmed by Philippines’ officially designated local festival director, Film Director Romm Burlat, in his last communique with founding festival director Satish Kapoor. The worst case scenario mutually agreed upon by the two directors is to hold the awards rites online if the social condition would still not warrant it.

“We have been in touch with Mr. Romm since October 2019 and we both decided to organize Award ceremony of 17 edition of We Care Film Festival at Manila,” Kapoor told globalbihari.com on Saturday. He added: “We have been receiving films on various disability issues from across the world.Till date we have received more than 100 short films and documentaries from various countries including Iran, Russian, India, Singapore, United States, Armenia, Bangaladesh, Belarus, Ukraine, Spain, France, Israel, Italy, Poland, UK and Srilanka.” He informed that for Manila, approximately 35 films were selected for competition.[the_ad_placement id=”content-placement-after-3rd-paragraph”]

“We are closely watching the pandemic situation and as soon as the situation will be favaourable globally, the final jury meeting will be held at New Delhi. The award ceremony will be announced accordingly at least one month before the proposed award ceremony of the 17th edition at Manila with Local Festival Director Mr. Romm,” Kapoor said.

In hindsight, the We Care International Film Festival was born out of a common concern shared by the Indian organization called Brotherhood in partnership with Unesco, to dispel stereotypes about disabilities and to raise awareness among the global audiences and much more so the Indian public.

In the meantime, The Manila Times reported today that director Burlat is hoping “his international pet project in partnership with India will come to fruition as envisioned to help address the common problems shared by the differently abled worldwide through the medium of films”.

The newspaper added: “This brings us to several international nominations and some major awards vis-a-vis the local ones in the direction director Burlat gathered for the country. Recently, he won Best Director at last year’s We Care Film Festival for “Ama Ka Ng Anak Mo” ( Father of Your Son) which he also produced and acted in. Added to this was his latest award as Best Director for his “Bata, Bata Bakit Ka Ginawa?” at the first Quezon City Christian Film Festival. And this also includes his partnership with The Manila Times to facilitate in broadcasting films through cable TV geared toward making use of films to address deplorable human conditions including socio-civic and even political issues.”

According to the United Nations, of the one billion people in the world that constitute people with disabilities, 40 to 80 million of these reside in India. This is why said Brotherhood continues to play an active role in the disability rights movement and signed the United Nations Convention on the Rights of Persons with Disabilities in 2007. However The Manila Times quoted Burlat saying that the challenges faced by these groups even in Philippines were  not adequately addressed.