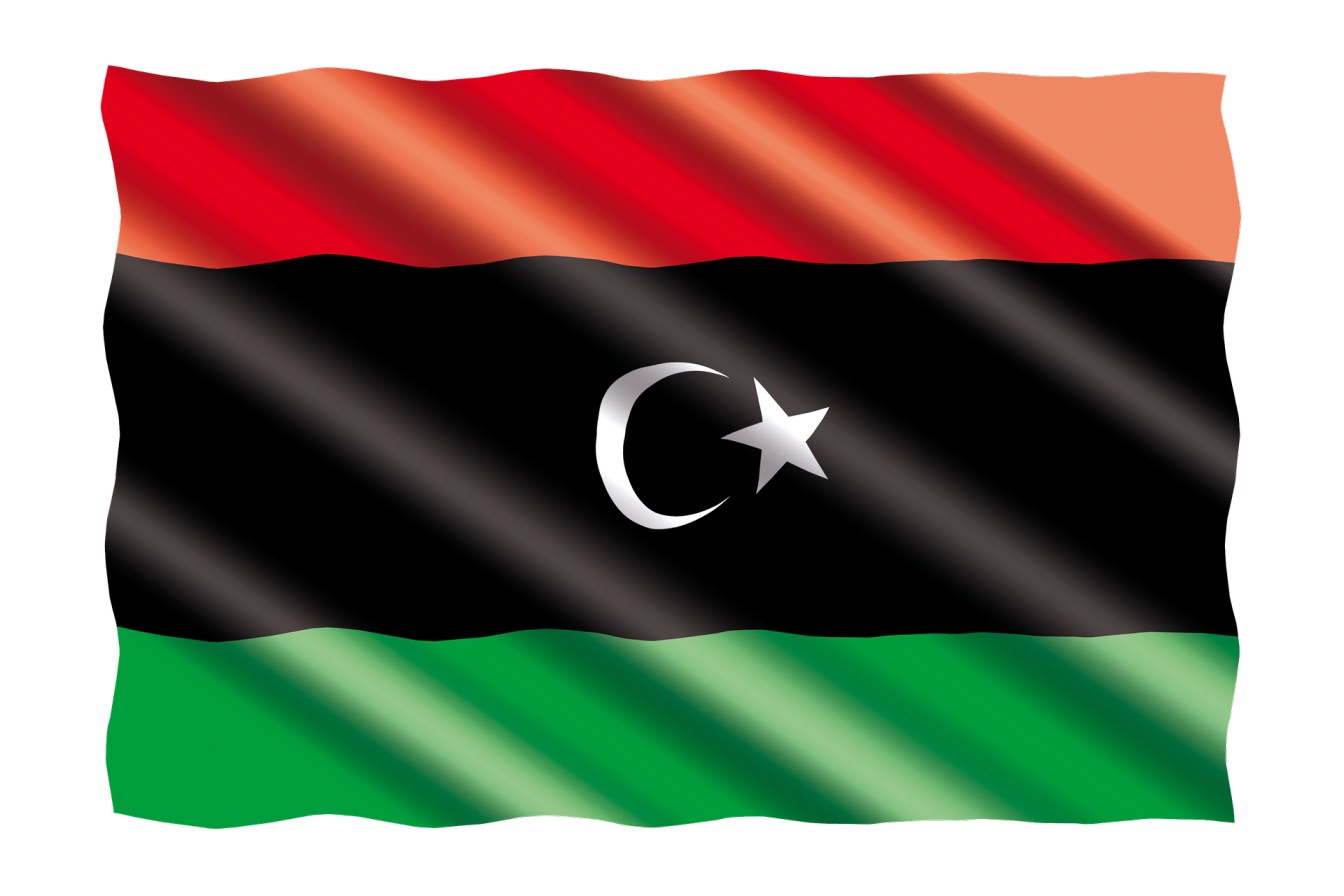 New York: For the first time in years, Libyans now have a sense of political direction. After years of oppression, division, chaos, misery and conflict, they are charting the way forward reassert their unity and sovereignty.  The historic permanent ceasefire agreement signed between the internationally recognised Libyan Government of National Accord and the Libyan National Army led by General Khalifa Haftar on October 23, 2020 now makes the provision for the withdrawal of all military units and armed groups from the frontlines and the departure of all mercenaries and foreign fighters from the entire Libyan territory within the 90-day timeline laid out in the new ceasefire agreement.

However, the two sides have not yet begun to withdraw their forces and air cargo activity is still seen, Stephanie Williams, Acting Special Representative of the Secretary-General and head of the United Nations Support Mission in Libya (UNSMIL), told the United Nations Security Council on November 19, requesting the Council to enforce relevant resolutions pertaining to the arms embargo. To this German’s representative in the Council  called for full adherence to the provisions of arms embargo, and warned that violations cannot be tolerated again. Belgium’s representative, while welcoming the October 23 signing of the ceasefire agreement, called upon all actors to play a constructive role in its implementation.  To that end, all foreign fighters must leave the country and the embargo on weapons, which can help prevent foreign military intervention, should be fully respected.

“Ten years of war cannot be solved in one week of political talks, but we hear more now the language of peace rather than the language of war,” Williams said and noted that  75 Libyans came together in Tunisia on November 9 in a good faith effort to start the process of healing their nation’s wounds.

This first in-person session of the Libyan Political Dialogue Forum took place on the basis of the conclusions of the Berlin Conference in January.  “They sat, they talked, they extended their hands, if not their hearts, to each other,” she said.

The launch of the Forum in Tunisia and the agreement by Libyan parties to move forward with presidential and parliamentary elections in 2021.

Recent military negotiations in Sirte and the resumption of oil production are positive steps forward, and the dialogue forum in Tunis puts the country on the path to elections in 2021.

Over the past several months, Williams added, she has been witnessing the potential for a paradigm shift in how Libyan military, political and leaders view their role in charting the country’s path forward, from a power-sharing arrangement in which the riches were divided up amongst the privileged few, to one of responsibility sharing to save the country from further destruction.

On November 15, the Forum adopted a political road map to presidential and parliamentary elections to be held on 24 December 2021. Williams told the UNSC that the agreed document sets general principles and objectives guiding the transition period under reconstituted and unified institutions, as well as the main timeframes for the endorsement of a new executive authority by the House of Representatives, and milestones for the constitutional arrangements and elections.  A Government of national unity will be led by a Prime Minister and two deputies whose main mandate will be to lead the transitional period towards election, reunify State institutions and provide security and basic services to the population until elections are held.  The road map also echoes the demand of female participants that women should account for no less than 30 per cent of leadership positions in the reformed executive authority.  Williams said that the Forum will reconvene next week virtually to continue talks on the modalities for selection of executive positions.

Although there has been a sharp decline in human casualties after a decade long war, the humanitarian situation remains dire in the war-torn country and about 1.3 million people in Libya are estimated to need aid in the beginning of  2021 — an increase of 40 per cent compared to 2020.   There are continued deaths of migrants at sea too. Underscoring the importance of ensuring accountability for the perpetrators of crimes committed against migrants and refugees, France and Germany have requested the Security Council Committee established pursuant to resolution 1970 (2011) to add migrant traffickers to its list of sanctioned individuals.

The number of COVID-19 cases and deaths in Libya too continues to increase month-on-month.  As of 15 November, there are 74,324 confirmed cases and 1,025 deaths.  The first two weeks of November saw a 22 per cent increase in COVID-19 cases, with Libya’s biggest cities — Tripoli, Misrata and Benghazi — witnessing the largest increases.  Supplies of vaccines for common childhood diseases will run out by the end of 2020 unless immediate action is taken, meaning that many children have missed or may miss their scheduled vaccine doses.

But on a positive note, on the economic front,  oil production in Libya is now back to pre-blockade levels at 1.2 million barrels per day.  Negotiation of a durable economic arrangement for the transparent distribution of oil revenues remains dependent on advances made in the political track.  The United Kingdom’s representative in the UNSC said the Council must be prepared to respond clearly and quickly to all spoilers, and the global community should unite behind efforts to ensure that Libya’s oil exports are distributed fairly.

While the Libyan economic dialogue has developed policy options to improve wealth management, negotiating such an arrangement remains challenging given the polarisation between the two executive polities, Williams opined.

The UNSC welcomed the recent developments in Libya, including the ceasefire agreement and the convening of the Forum. Tunisia’s representative joined other speakers in welcoming the “positive evolution” in Libya and the constructive atmosphere that prevailed at the recent Forum.  Calling on the parties to continue to build on that momentum, he underlined the need to fully respect Libya’s sovereignty and territorial integrity, while praising UNSMIL’s work.

Many Council members have now called for complete withdrawal of foreign fighters and mercenaries while others have expressed regret over continuing violations of the arms embargoes, including supplies of weapons. What is important is that the security and human rights of Libya’s people must be ensured to achieve peace and stability there.  The Russian Federation’s representative said on oil production  that it was critical to form unified security forces and reach an agreement on the stable functioning of the oil sector while understanding that the country’s natural resources belong to its citizens.

Libya’s representative, recalling the many past attempts to reach a ceasefire in his country, expressed his hope that the current agreement will hold, and that mercenaries and foreign fighters will depart as required by its terms.  “It is no longer acceptable to waste the wealth of the Libyan people,” he stressed, also praising a recently convened meeting aimed at ensuring that the country’s oil revenues are more fairly utilised.  However,  he voiced broad concern about the possibility that progress may not continue, recalling that past attempts have been repeatedly stymied by spoilers.  Indeed, foreign interference in Libya’s affairs is unlikely to stop “unless there is someone willing to listen”.

Noting the fear held by many Libyans that such past mistakes will be repeated, he said the elections now scheduled for December 2021 will be a critical step towards rebuilding trust.  They will also serve as a “true test” of those who claim to support peace.  He called on the Council to adopt a binding resolution in support of the Libyan political process, along with a new mandate for UNSMIL to provide logistical assistance for the 2021 elections and means to hold accountable any spoilers.

Meanwhile, the African Union should convene a Libyan reconciliation conference, and anyone responsible for war crimes or crimes against humanity — “regardless of which countries are involved” — should be held to account.

The central role in the Libyan settlement indeed belongs to the United Nations. Establishment of an international fact‑finding mission to document atrocity crimes and voiced support for steps to ensure full transparency in Libya’s oil revenues.