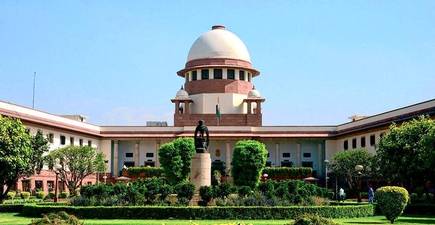 The Supreme Court of India

Corona Virus pandemic has brought with itself, a lot of misery and destitution for all Indians. But the pandemic and its unsettling nature have troubled the impoverished, the homeless and the marginalised the most. The justice system, governed by the Constitutional Courts (the high courts and the Supreme Court), has not been incremental in performing the task of delivering justice and ensuring that rights of each and everyone across the spectrum are safeguarded and protected. It is understandable that the nature of the pandemic warranted a quick response, considering the uncertainty which surrounded it but the resulting nation-wide lockdown also caused unprecedented havoc in lives of the poor people.

In face of the lockdown thousands of migrant labourers in metropolitan cities became jobless and even homeless. They were compelled to initiate the arduous journey to their hometowns on foot. The fear of dying from the deadly virus generated a strong feeling in many of them to be close to their families and commute to where they can have a sense of belonging. Their journeys, mostly to Bihar, Uttar Pradesh, Madhya Pradesh, Jharkhand, Chhattisgarh and Rajasthan, evoked a sentiment of empathy across the spectrum.

workers no other option but to walk their way home. Many died due to accidents and hunger, while carrying on with their journey and the health crisis of the world suddenly became a human crisis for India.  Railway services, though limited, commenced as late as in May 2020. However, the introduction of Shramik Special trains  and buses came quite late and the increased cost of railway tickets could not be afforded by the migrants. Many, call them lucky, could get packed in trucks illegally to travel, in sheer violation of the lockdown norms, while making a mockery of the necessary social distancing.

In all of this, one thing became clearer, which was how unequally people are placed in our society due to their resources as well as how the government treats people of diverse backgrounds. Remember it had evacuated people from foreign lands by place before the lockdown was imposed!

But to expect governments which are ultimately run by political parties, more often than not, leads to nothing concrete. The judiciary, however, remains the ever-present guardian of fundamental rights and dignity of the oppressed and the afflicted. But were the courts up to the challenge and could they uphold the rights of the citizens under these trying circumstances?

On May 15, while dismissing a petition that had asked the central government to provide food and water to migrants who are commuting, the Supreme Court said, “It is impossible for this court to monitor who is walking and not walking…Let the state decide.”

Supreme Court has, on many occasions, gone beyond its jurisdiction, to ensure justice to right bearing citizens. But didn’t it err this time?  It would have been a victory of justice and rule of law, had the Supreme Court been active in pursuing remedial measures for the oppressed migrants. The Indian Constitution guarantees right to equality under Article 14, which states that: the state shall not deny to any person equality before the law or the equal protection of the laws. It is for all of us to ponder, whether in this pandemic, protection of equality was provided to each person alike?

*The writer is a law student and columnist based in Delhi. The views are his own.