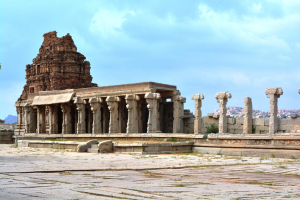 Bengaluru: 75 prominent personalities of Karnataka have written an open letter to Chief Minister Basavaraj Bommai saying that the targeted attacks against minorities have tarnished the secular image of the state.

“It is not possible to ‘Make in India’ in a climate where people are ‘Scared in India’ and even ‘Scarred in India’,” the letter says.

Incidentally, many in the group had been writing to the CM earlier too trying to bring his attention to the attack against minorities. Some among the group had also been trying to get an appointment with the CM in vain. Left with no alternative, the signatories said they were compelled to issue an open letter.

“The recent spate of attacks of various kinds aimed at Muslim, Christian and Dalit communities has shocked and upset those who pride themselves on Karnataka’s receptive and inclusive nature,” the letter says.

The letter goes on to state that it is “alarming and distressing” that people in power are “openly violating the oath of upholding the spirit of the Constitution of India by validating, supporting, and even promoting intimidation, vigilantism, violence, forcefully taking over properties, and socially and economically boycotting the minorities, rendering them as second-class citizens.”

“The current spate of divisive actions aimed at alienating particular communities and denying them their fundamental rights will not only hamper development but also hurt our state’s reputation, hinder progress and innovation, erode the confidence of entrepreneurs and investors, heighten insecurity, suspicion, fear, and resentment among citizens, and cause harm to all sections of society, while also threatening the integrity of our nation,” the letter says.

The citizens say that the state’s development depends on peace, harmony, and justice. “But the current divisive actions to alienate particular communities will hurt the state’s reputation and development by decreasing the confidence of entrepreneurs and investors and will raise fear among all citizens.

The letter urged the Chief Minister to take action to restore peace and well-being in Karnataka. The signatories have recommended that the state government take measures like directing the state police force to perform its constitutional duty by safeguarding the vulnerable citizens, providing victims of communal or casteist hate crimes full access to justice, and taking strong action against hate speech.

“These proactive steps by the Government of Karnataka will ensure that a clear message is sent to those instigating and indulging in violence, and fomenting fear and insecurity among fellow citizens, that such unlawful, unacceptable behaviour will not be tolerated and those hate crimes will be severely punished,” the letter concludes.