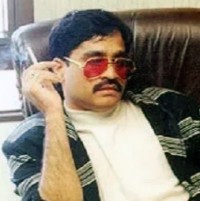 Mumbai: Is Dawood Ibrahim  Kaskar eliminated by Pakistan’s Inter State Intelligence? Already there were reports that the dreaded gangster and international terrorist and his wife were  undergoing treatment for COVID-19 infection in an army hospital in Karachi, Pakistan. Some Indian news channels and publications even ran a story recently that the gangster had died because of Coronavirus. However a news agency quoted Dawood’s brother Anees Ibrahim, who told the agency that his brother Dawood and the entire family was not affected by the Covid and were at their home.

There is a big question mark that is posing around whether Dawood, crime lord and a terrorist with a reward of $25 million over his head, is dead or alive. The question mark abides because Research & Analysis Wing (R&AW) — India’s external intelligence gatherer, besides other Western intelligence agencies insist that Dawood had been housed in a high-security area in Karachi’s upmarket area while Pakistan maintains that Dawood is not housed in the country.

Now inputs from  R&AW suggest that Dawood is more likely, dead. That the fugitive criminal — who has been most wanted in India since 1993 for his role in Mumbai blasts of 1993 and many other heinous crimes —  died after being injected with a poisonous chemical in the course of medical treatment.

There is no other way to confirm the news though. But information received by Indian Intelligence through a third party cannot be denied either. There is also more credence attached to what Indian secret agency says than the selective leaks by Pakistan’s Inter State Intelligence.

The question however arises that even if Pakistan is selectively planting such news about Dawood’s death, what does it stand to gain by eliminating Dawood?

Intelligence sources in India have reasons to believe that Pakistan killed Dawood. They say that on the face of mounting international pressure and also prospects of a commando operation like the one used to capture Osama Bin Laden, the top brass of the Pakistani army and its Intelligence wing the ISI might have wanted to neutralize the polarized situation and eliminate the liability who has long outlived his utility for the country.

The story disclosed by an Indian intelligence official runs on these lines about the don’s demise. Prompted by inputs from R&AW which shared information with America’s Federal Bureau of Investigation (FBI) and British government agencies about Dawood’s whereabouts in Pakistan, the US mounted pressure on Pakistan to extradite Dawood on a priority basis. Realizing that Dawood will get extradited to US in a la-Bin Laden operation and from there sent to New Delhi, Pakistan’s ISI started planning how to eliminate Dawood and maintain a volte face over their claim that Dawood is not hiding in Pakistan as far back as December 2019.

According to the Intelligence report, Dawood’s family members including his extended family comprising his brother Anees have been instructed to deny any report of his death if queried by media persons or external sources. They have been tutored to tell people who want to confirm the news that Dawood and his wife have tested Corona Positive and admitted to hospital. Further, they have been asked to maintain that rest of the family members are under quarantine.

Reports cited that Indian Prime Minister Narendra Modi proactively pursuing good ties with Saudi Arabia and other gulf nations coupled with Indian Intelligence feeding their counterparts in the West with every detail including tracking of his movements within Pakistan put tremendous pressure on both the Pakistani Army and ISI to extradite the deadly terrorist don. In addition, the US was also exerting intense pressure as it became known that Dawood had been instrumental in the death of several US citizens.

It was further learnt that the Pakistani Intelligence is used to concocting medical reports and getting them signed by genuine doctors. Pakistani army and intelligence top brass decided to adopt this method to ensure that their stand in front of the international community is vindicated. They have been all along maintaining that Dawood was not living in Pakistani territory.

While people trying to confirm the official line are receiving feedback that both Dawood and his wife have tested Corona positive and are under treatment, information coming from the Afghan diplomat cites that the Pakistani army conducted all formalities after Dawood’s death and gave him a burial. Subsequent to his death, the ISI has assisted his brother Anees and wife to transfer the travel business that Dawood was running in the name of the family members.

Reports were also doing the rounds that with the death of Dawood, his family members and extended family may lose their usefulness to Pakistan and might have to either migrate to another country or still worse face a la-Yaqoob Memon type surrender in the hands of Indian intelligence. This comes in wake of information that Dawood was in charge of drug trafficking and financial activities in Europe and the United States.