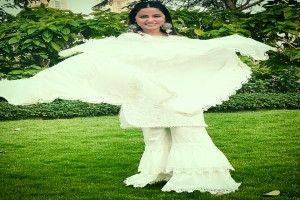 Mumbai: With Covid-19 pandemic pushing all to the back foot making all to maintain social distance, many of our superstars of Tinsel Town transformed themselves from reel heroes to real heroes at this hour of reckoning and indeed turned into Covid warriors.

Many of these Bollywood celebrities came upfront to help the needy as much as they can. They not only donated to  the PM Cares fund and other such relief funds but also helped administration through different means like offering  their properties to Covid-19 victims and healthcare workers, and helping in arranging transportation for migrant workers and providing food packets to the poor. Akshay Kumar lived up to his reputation of being the only Indian in Forbes’ hundred top celebrities, and did not stop after donating Rs 25 crores to PM Cares fund. He went on to donate Rs 3 crore to Brihanmumbai Municipal Corporation (BMC) and further Rs. 2 crore to the Mumbai Police foundation for Mumbai Police officers.  Of course his noble act was much talked about but there was also a silent Ajay Devgan, who without coming into limelight,  provided Oxygen cylinders and ventilators to the BMC run hospitals.

The heroines too were not lagging behind.  Vidya Balan and Sonakshi Sinha collaborated with Tring to raise PPE kits for healthcare workers and Vidya Balan also gave away about 1,000 PPE kits to doctors.

Actor Sonu Sood earned everyone’s praise, including praise from Maharashtra Chief Minister Uddhav Thackeray,  for his selfless and honest efforts to help the needy in this difficult time. He not only opened up his Juhu hotel for the medical workers and provided meals to the underprivileged but also helped migrant workers reach their native places. Along with friend Neeti Goel, Sood  initiated ‘Ghar bhejo’ mission for the migrant workers in May, and they were able to  send more than 1000 of migrants from Mumbai to their homes across the country. He even arranged buses and chartered planes for the migrants. Recently, he had arranged multiple buses and chartered plans to help the migrants return to their families, and even provided 1,500 PPE kits to the doctors in Punjab. While Sood used his youthful energy to contribute to a cause, megastar Amitabh Bachchan used his super clout to  continuously spread awareness about Coronavirus via his social media accounts. But not just that. He along with his office staff also arranged buses for Uttar Pradesh migrants,  food packets for the underprivileged and PPE kits for hospitals, police stations, Brihanmumbai Municipal Corporation BMC offices and even funeral places. He also donated Rs. 1.8 crore for the daily wagers of Telugu Cinema.

Bollywood’s Bhaijaan Salman Khan too followed Bachchan and financially supported around 25,000 daily wage earners of Mumbai film industry.  Bollywood’s King Khan, Shahrukh and  his wife Gauri Khan offered their four-storeyed personal office space in Mumbai for quarantine facility.  While heartthrob Varun Dhawan collaborated with Tata Trust for an initiative to provide food to the poor people without jobs and homes, and health care workers, actress Rakul Preet Singh  too stepped in to help families living in slums close to her home in Gurgaon by providing them home cooked food. She with her family have pledged to do so until everything comes down to normal.

Among the Bollywood families, the youngest kindhearted angel was  Anya, daughter of director Farah Khan, who helped in raising Rs 1 lakh  by sketching before and after school. All the money she raised was used to feed strays and to send food packages to the slums.

As mentoned above, the Big B was always active on social media platforms, posting fitness routines, sharing his old memories and many more. Likewise, fitness freak Shilpa Shetty Kundra was sharing her videos doing yoga . The Ye rishta kya kehlata hai fame Hina Khan aka Akshara was spending her time in kitchen cooking interesting dishes and doing Pilates for fitness. The evergreen Hema Malini showed her love towards plants by sharing a video where she was seen watering the plants in her terrace garden. Chirpy Juhi Chawla too had turned herself into a organic farmer and called it her ‘naya kaam’. Juhi’s love towards greenery can also be seen on her Instagram account.

While many shared their activities publicly, there were others who got those rare moments of spending time in privacy. Yet, often they too shared their few activities via social media platforms. Power couple Anushka Sharma and Virat Kohli spent this whole time playing games with their family and friends, pampering each other, feeding themselves with home made food. But they too shared the videos of there activities with their fans.  Anushka even shared a quirky video imitating a cricket fan asking Virat to hit a four. The video went viral and all the fans loved it.

Similarly romantic couple Deepika Padukone and Ranveer Singh spent their time together doing household chores, working out, enjoying food made by Deepika herself, and pampering each other. Another romantic couple Saif Ali Khan and Kareena Kapoor Khan spent their time with their son Taimur Ali Khan. The sexy Sunny Leone launched her make-up brand called ‘ Star struck by SL’ during lockdown and actively promoted it whole heartedly on her Instagram account. A while ago, she had also posted a prank video on her husband which was a treat to watch for her fans.

But philanthrophy and indulgence could never have combined in such a unique fashion as they did during the lockdown period in Bollywood. Yet, vanity did reign supreme too. Consider how the likes of Hrithik Roshan, Ayushman Khurana, Akshay Kumar, Kartiya Aryan , Vicky Kaushal, Tiger Shroff, Shahid Kapoor and many more experimented with their looks by growing their beard and hair! And talking about the divas, they got the much needed time to take care of their figures. One of these divas, Alia Bhatt ,worked out regularly during this period. Another, Sara Ali Khan, even shared a video of her journey from fat to fit Sara and named it as ‘Sara ka sara to sara ka adha’.