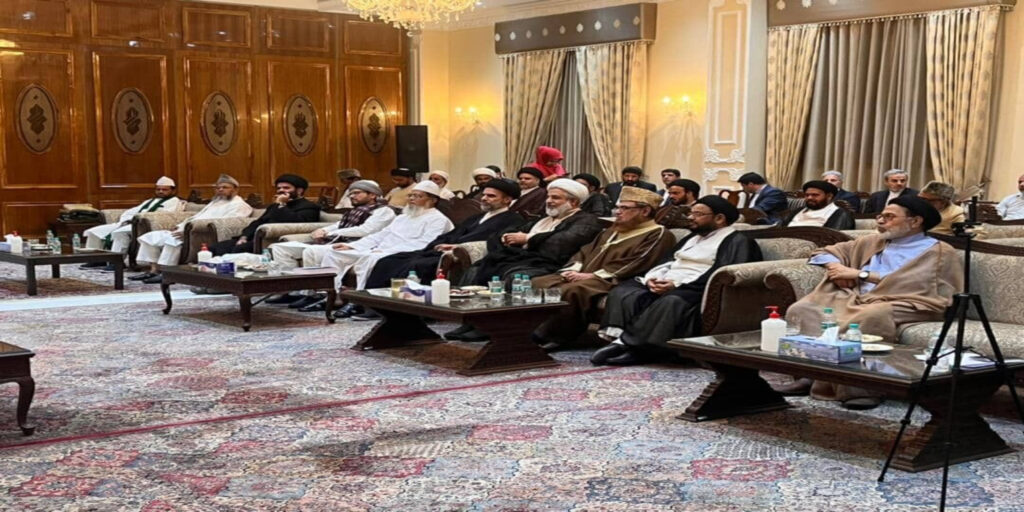 New Delhi: The visiting Iranian Foreign Minister Hossein Amir Abdollahian today said Iran will always stand by the government, nation and Muslim community of India. He emphasized the immutability of the basic principles of Iran’s foreign policy, including protecting Islamic unity and values.

Regarding the insult to the Holy Prophet of Islam, he expressed his deep regret over this unfortunate incident and condemned the insult to the great Prophet of Islam. He disclosed that in his meetings with high-ranking Indian officials, he had emphasized that the Indian Muslim community has made a great contribution to the development of India and that “this valuable feature that applies to the Muslim community is the result of the efforts and presence of Islamic scholars”. According to him, the high-ranking Indian officials also underlined in the meetings that they are proud of the Indian Muslim community and its leading scholars and give them a special place.

“India-Iran relations are strong and expanding, and the existence of Indian scholars and Muslims is one of the strong foundations of these relations,” he said.

Addressing a meeting with senior religious scholars here today, the Iranian foreign minister commended the efforts of Islamic scholars “to promote the lofty ideas of [Iran’s supreme leader] late Imam (Ayatollah) Khomeini, including supporting the oppressed and denying the separation of religion from politics”.

He said that Islamic scholars have a historical role in India and the Islamic world. He stressed the need for a more accurate understanding of conspiracies and threats, maintaining unity, coexistence and respect for followers of other religions, and increasing readiness to face pressures and persecutions against Islam and Islamic values.

“The leaders of the Muslim community of India are a good example for further strengthening peace, empathy and respectful coexistence of peoples and religions and will not allow the growth of any phenomenon against the will of the majority of the people of India and the subcontinent,” he said.

Earlier on June 8, 2022, during his meeting with Indian Prime Minister Narendra Modi, Amir Abdollahian emphasized the coherence and commonalities in negotiations with Indian officials and pointed to various areas of cooperation between Iran and India. Given the existing agreements between the two countries in the field of various cooperation, Modi offered India’s readiness to develop cooperation, especially in transportation lines.