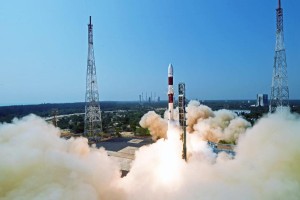 PSLV-C51 lifted off from the First Launch Pad of SDSC SHAR at 10:24 hours (IST) as planned. After a flight of about 17 minutes 23 seconds, the vehicle injected the Amazonia-1 into its intended orbit and in the succeeding 1 hour 38 minutes, all the 18 co-passenger satellites successfully separated from the PSLV in a predetermined sequence.

Amazonia-1 is the optical earth observation satellite of National Institute for Space Research (INPE). This satellite would further strengthen the existing structure by providing remote sensing data to users for monitoring deforestation in the Amazon region and analysis of diversified agriculture across the Brazilian territory. The 18 co-passenger satellites onboard PSLV-C51 includes four from IN-SPACe and fourteen from NSIL. Out of 4 satellites from IN-SPACe, three were UNITYsats designed and built as a joint development by Jeppiaar Institute of Technology, Sriperumbudur (JITsat), G.H.Raisoni College of Engineering, Nagpur (GHRCEsat) and Sri Shakti Institute of Engineering and Technology, Coimbatore (Sri Shakthi Sat) and one was Satish Dhawan Sat (SDSAT) from Space Kidz India. The fourteen satellites from NSIL carried were the commercial satellites from India (1) and USA (13).

Meanwhile, PM congratulates NSIL and ISRO on the success of the 1st dedicated commercial launch of PSLV-C51/Amazonia-1 Mission

In a tweet, the Prime Minister said, “Congratulations to NSIL and @isro on the success of the 1st dedicated commercial  launch of PSLV-C51/Amazonia-1 Mission. This ushers in a new era of Space reforms in the country. 18 co-passengers included four small satellites that showcase dynamism and innovation of our youth.”