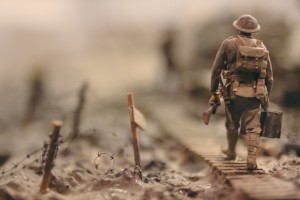 New Delhi: Senior commanders from People’s Liberation Army and Indian Army reviewed the  progress on implementation of the first phase of disengagement and discussed further steps to ensure complete disengagement at a meeting at Chushul, on Indian side of the disputed border referred as Line of Actual Control (LAC) on July 14, an Indian Defence ministry press release stated here on Thursday.

This was the fourth round of talks between the two sides. India and China have been engaged in discussions through “established military and diplomatic channels” to address the prevailing situation along the LAC which had snowballed into fiery skirmishes on June 15, wherein soldiers from both sides were killed (China has not yet officially confirmed the death figures of its soldiers while India confirmed deaths of 20 Indian soldiers at the high-altitude brawl in the Galwan Valley in Ladakh) and many were injured.

Commanders from PLA & Indian Army held a meeting at Chushul, on Indian side, for the fourth round of talks, on July 14. Earlier the two sides had held talks to reduce tension along the LAC on June 6, June 22 and June 30.

“This process is intricate and requires constant verification. They are taking it forward through regular meetings at diplomatic and military level,” it stated.

On Wednesday, Chinese foreign ministry spokesperson Hua Chunying had referred to the said meeting at a daily briefing, and stated: “The two sides have made positive progress on pushing forward the disengagement of the front-line troops on the western section of the border and easing the border tension.”

Earlier, Indian External Affairs Minister S Jaishankar, making  the very first statement by the Indian political leadership on the disengagement process, had said while speaking at India Global Week 2020 on Saturday July 11, “We have agreed on the need to disengage because the troops on both sides are deployed very close to each other. So there is a disengagement and de-escalation process which has been agreed upon.  It has just commenced, and very much a work in progress. So, at this point, I wouldn’t like to say more than that.”

Prior to that, on July 5, special representatives of both countries on the Boundary Question –  Ajit Doval, National Security Advisor of India and  Wang Yi, State Councillor and Minister of Foreign Affairs of China – had a telephone conversation on the recent developments in the Western Sector of the India-China border areas. Both had agreed that both sides should take guidance from the consensus of the leaders that maintenance of peace and tranquillity in the India-China border areas was essential for the further development of our bilateral relations and that two sides should not allow differences to become disputes. They agreed that it was necessary to ensure at the earliest complete disengagement of the troops along the LAC and de-escalation from India-China border areas for full restoration of peace and tranquillity. In this regard they further agreed that both sides should complete the ongoing disengagement process along the LAC expeditiously and that the two sides should also ensure a phased and stepwise de-escalation in the India-China border areas. They re-affirmed that both sides should strictly respect and observe the line of actual control and should not take any unilateral action to alter the status quo and work together to avoid any incident in the future that could disturb peace and tranquillity in border areas.

It was in course of the talks between Doval and Yi that it was agreed that the diplomatic and military officials of the two sides should continue their discussions, including under the framework of the Working Mechanism for Consultation and Coordination on India-China border affairs (WMCC), and implement the understandings reached in a timely manner to achieve the above outcomes. It was also agreed that the two Special Representatives will continue their conversations to ensure full and enduring restoration of peace and tranquillity in the India-China border areas in accordance with the bilateral agreements and protocols.

It may be mentioned that the 3,500 kilometre long LAC stretches from Ladakh in north to Sikkim to northeast of India.