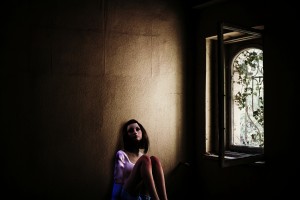 New York: Nearly half of women in 57 developing countries are denied the right to decide whether to have sex with their partners, use contraception or seek health care, according to the UN Population Fund’s 2021 flagship State of World Population report, which was released on April 14. The share drops as low as about one in 10 in some countries, the report revealed. This means, according to the report, in 57 countries—”and likely every other country in the world”—women are not fully in control of their bodies.

“The fact that nearly half of women still cannot make their own decisions about whether or not to have sex, use contraception or seek health care should outrage us all,” said the Executive Director of UNFPA, Dr. Natalia Kanem.  “In essence, hundreds of millions of women and girls do not own their bodies and their lives are governed by others.” She further writes in her foreword of the report: “Each of us has a right to bodily autonomy and should therefore have the power to make our own choices about our bodies, and to have those choices supported by everyone around us, and by our societies at large. Yet, millions of people are denied their right to say no to sex. Or yes to the choice of a partner in marriage or to the right moment to have a child. Many are denied this right because of race, sex, sexual orientation, age or ability. Their bodies do not belong to them.” Worse, more than 200 million girls and women live with the consequences of female genital mutilation, and at least 4 million girls are at risk of undergoing the practice each year, the report says. It may be mentioned that female genital mutilation comprises all procedures that involve partial or total removal of the external female genitalia, or other injury to the female genital organs for non-medical reasons. It is a violation of women’s and girls’ human rights and an extreme form of discrimination and violence directed exclusively at girls and women. However, the report notes that in many countries it is a part of wider patriarchal practices, rooted in gender inequality and aimed at controlling women’s and girls’ sexuality, their bodies and their sexual and reproductive rights. The practice denies women and girls their rights to: physical and mental integrity; freedom from violence; the highest attainable standard of health; freedom from gender discrimination; and freedom from torture and cruel, inhuman and degrading treatment, among others. The report’s findings show that only 55 per cent of women are fully empowered to make decisions over health care, contraception and the ability to say yes or no to sex.  In addition, the report adds, only about 80 per cent of countries have laws supporting sexual health and well-being.

“That only 55 per cent of women have the power to make their own decisions about their bodies should be a wake-up call to governments, policymakers and development institutions. In Mali, Niger and Senegal, more than 90 per cent of women are deprived of their bodily autonomy,” the report mentions.

The various practices that enforce male control and violate the bodily autonomy rights of women, the report says, are interrelated. It refers to various studies that found a strong correlation, for example, between marital rape and child marriage. It highlights a 2011 study that found that most cases of marital rape in Uganda were committed against 15- to 19-year-old girls whose older husbands had paid a bride price to obtain their wives. It is only within the last few decades that “marital rape” has been recognized as a concept and as constituting an egregious human rights violation. The report points out that forty-three countries do not have any legislation that addresses the issue of marital rape. Even in countries that recognize the concept, the penalties for non-consensual sex within marriage may be significantly lower than in other cases. Likening marriage to a “get-out-of-jail-free card”, the report refers to a 2020 study that found that among the 54 Commonwealth countries 35 still apply some form of marital exemption to criminal sexual offences.

The victims of marital rape, the reports notes, are subject to the manifold harms suffered by all rape survivors: psychological damage as well as the physical injuries associated with forced sex, unintended pregnancies, miscarriages and sexually transmitted infections. It points out to a WHO study that women experiencing abuse in marriage are one and-a-half to three times more likely to test positive for HIV and two to four times more likely to report another sexually transmitted infection. The report also notes that 20 countries or territories have “marry-your-own-rapist” laws, where a man can escape criminal prosecution if he marries the woman or girl he raped.  In addition, 43 countries have no legislation addressing the issue of marital rape. “In some countries and territories, marriage may be considered a legal “cure” for rape by allowing perpetrators to marry their victims and thereby avoid any penalties for their crime. Laws allow men convicted of rape to have the verdict overturned if they marry the women they have assaulted in Algeria, Angola, Bahrain, Bolivia, Cameroon, Dominican Republic, Equatorial Guinea, Eritrea, Gaza, Iraq, Kuwait, Libya, Philippines, the Russian Federation, Serbia, Syria, Tajikistan, Thailand, Tonga and Venezuela,” the report says quoting an NGO, Equality Now.

In 2017, the NGO Equality Now undertook an extensive review of “marryyour-rapist” laws. It found, for example, that in Iraq, if the perpetrator marries the victim, any legal action against him becomes void, and any ongoing investigation or legal case is discontinued. If a sentence has already been handed down, it is reversed and not carried out, but it can be reinstated if there is divorce within three years. In Kuwait, if the perpetrator legally marries his victim with the permission of her guardian and the guardian requests that he not be punished, the perpetrator is set free. In Russia, if the perpetrator has reached 18 years of age and has committed statutory rape with a minor below 16, he is exempt from punishment if he marries the victim. In Serbia, “cohabiting with a minor” is prohibited; however, “if a marriage is concluded, prosecution shall not be undertaken and if undertaken it shall be discontinued”. In Thailand, marriage can be considered as a settlement for statutory rape if the offender is over 18 and the victim is over 15 years old, if she “consented” to the offence and if the court grants permission for marriage In the case of these extreme ideologies, the report notes, in recent years armed non-state actors have enforced a social order that perceives women and girls as either tools of their movements or as threats. In some cases, girls and women have been forced to marry members of these groups to serve as sex slaves. For example, beginning in 2014, Yazidi girls and women in Iraq were forced to marry members of Islamic State in Iraq and the Levant (ISIL). ISIL in the Syrian Arab Republic, Boko Haram in Nigeria and Cameroon and Al-Shabaab in Somalia abducted girls and women to be raped, sold and forced into marriage. The ideological exploitation of child and forced marriage has been reported in the Central African Republic, Libya, Mali and Somalia, while armed and organized crime groups in Malaysia and Nigeria have been reported to use child and forced marriage as a cover for sexual exploitation and human trafficking.

When the United Nations adopted its transformative 2030 Agenda for Sustainable Development and the accompanying 17 Sustainable Development Goals, it established indicators to help governments track progress towards achieving the goals and their related targets, such as target 5.6, the achievement of sexual and reproductive health and reproductive rights for all. Two indicators have been identified to measure progress in this area. The first, indicator 5.6.1, aims to measure the proportion of women aged 15 to 49 years who make their own informed decisions regarding sexual relations, contraceptive use and reproductive health care, and is based on responses to the following questions posed to them:

Following chart shows proportion of women aged 15 to 49 years who make their own decisions regarding health care, contraception and sex with their husbands or partners, most recent data by country, 2007–2018 The second indicator, 5.6.2, tracks the number of countries with laws and regulations that guarantee full and equal access to women and men aged 15 years and older to sexual and reproductive health care, information and education. According to the report, persistent taboos about sex and sexuality that are reinforced by social norms and attitudes, leaving women and adolescent girls little opportunity to negotiate openly about sex with their partners or husbands.  Studies further showed that in Azerbaijan, Rwanda and Mexico, some women agree to forfeit their right to say no to sex in exchange for greater autonomy in other spheres of their lives, such as in making decisions for the household or deciding whether or when to venture outside the home.

Bodily autonomy is a foundation upon which human rights are built. Bodily autonomy in the context of sexual and reproductive matters encompasses rights that enable individuals to make informed choices and decisions regarding their sexual and reproductive health needs, and to do so free from discrimination, coercion and violence. These rights were first articulated in the Programme of Action of the 1994 International Conference on Population and Development (ICPD), and the Platform for Action of the 1995 Fourth World Conference on Women. Rights related to bodily autonomy and integrity enable individuals to make their own decisions in the realms of reproduction and sexuality.

The report points out that despite constitutional guarantees of gender equality in many countries, worldwide, on average, women enjoy just 75 per cent of the legal rights of men, and in many instances they lack the power to contest these disparities because of still low levels of participation in political and other forms of decision-making.

1 thought on “In more than 57 countries, women are not fully in control of their bodies, says report”