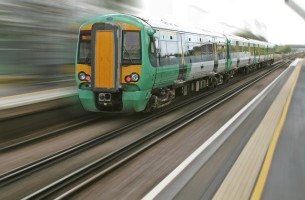 New Delhi: Railways would soon see entry of private players. The government wants private operators to introduce and run 151 trains on over 109 Origin Destination(OD) pairs of routes where the demand for trains are already higher than the existing capacity.

The 109 OD Pairs have been formed into 12 Clusters across the Indian railway network. Each Train shall have a minimum of 16 coaches. The driver and guard of the trains, however, will be Railway officials and the safety clearance of trains will be done by Railways only.

The Ministry of Railways stated on Wednesday that it had already invited Request for Qualifications (RFQ) for private participation for operation of passenger train services. It informed that the project would entail private sector investment of about Rs 30,000 crore. “This is the first initiative of private investment for running Passenger Trains over Indian Railways network,” it stated.

Giving further details, it said these train services would be operated on the Indian Railway Network where at present both passenger and freight trains are being operated on the common track. “The major trunk routes are saturated and operate at near full capacity. However, with planned commissioning of Dedicated Freight Corridors in 2021 and other infrastructural works, there would be availability of additional paths for operation of additional passenger services and it would therefore be possible to run additional services utilizing modern trains proposed in  the current initiative,” it added.

The private entities for undertaking the project would be selected through a two-stage competitive bidding process comprising of Request for Qualification (RFQ) and Request for Proposal (RFP). RFQ process will be for pre-qualification and shortlisting of the bidders will be based on their financial capacity, who will be required to offer share in the Gross Revenue at RFP stage (bid parameter) for undertaking the project.

It said while the trains shall be designed for a maximum speed of 160 kmph, majority of them would  be manufactured in India only. “The private entity shall be responsible for financing, procuring, operation and maintenance of the trains,” it stated.

It stated that the private entity shall pay to Indian Railways fixed haulage charges, energy charges as per actual consumption and a share in Gross Revenue determined through a transparent bidding process.

The operation of the trains by the private entity shall conform to the key performance indicators like punctuality, reliability, upkeep of trains, it said.

Indian Railways network is about 68,000 route kilometers. In the year 2018-19, the reserved passenger volume was 16% (0.59 billion) of the total originating non- suburban passengers (3.65 billion).  Almost 8.85 crore of waitlisted passengers could not be accommodated.

1 thought on “In a first, government to allow private operators to run trains”