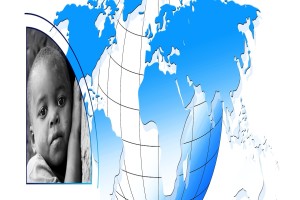 Accra/Addis Ababa/Budapest: Hunger on the African continent has worsened substantially since 2013 and most of this deterioration occurred between 2019 and 2020. The situation is expected to have deteriorated further this year, with no easing of hunger’s main drivers. Moreover, in Europe and Central Asia more than 14 million people became moderately or severely food insecure from 2019 to 2020, during the COVID-19 pandemic. However, undernourishment and severe and moderate food insecurity rates in Europe and Central Asia are, on average, much lower than in the rest of the world. While worldwide, the number of people with insufficient food consumption increased from 8.4 percent in 2019 to 9.9 percent in 2020, in Europe and Central Asia, the regional average remained below 2.5 percent – where it has been for nearly two decades.

A new, interactive digital report, Africa Regional Overview of Food Security and Nutrition 2021: Statistics and Trends, launched today shows that the number of hungry people in Africa continues to rise, spurred by conflict, climate change and economic slowdowns including those triggered by COVID-19. According to the digital report, in 2020, 281.6 million Africans were undernourished, which was an increase of 89.1 million over 2014. There was significant variation in the levels and trends of hunger across the subregions. About 44 percent of undernourished people on the continent lived in Eastern Africa, 27 percent in Western Africa, 20 percent in Central Africa, 6.2 percent in Northern Africa, and 2.4 percent in Southern Africa.

The African Union Commission (AUC), the Food and Agriculture Organization of the United Nations (FAO), and the UN Economic Commission for Africa (UNECA) launched the digital report as the latest update to their annual reporting on the state of food security and nutrition in Africa.

The three agencies behind the report are calling on African countries to heed the call for agrifood systems transformation.

“A common vision, strong political leadership and effective cross-sectoral collaboration, which includes the private sector, are essential to agree on trade-offs and to identify and implement sustainable solutions that transform agrifood systems,” they said in Africa Regional Overview of Food Security and Nutrition 2021: Statistics and Trends.

Short term measures to address the hunger challenge included countries providing humanitarian assistance and effective social protection measures, the report said. Over the longer term, countries will need to invest in agriculture and related sectors, as well as in water, health, and education services, the report said.

Earlier, another set of data and trends – the Regional Overview of Food Security and Nutrition in Europe and Central Asia – produced by the Food and Agriculture Organization of the United Nations (FAO) and released in Budapest, Hungary yesterday December 13, 2021), showed that in the region, the number of severely food insecure people grew by 7 million in 2020 to 22 million (or about 2.4 percent of the population), while those experiencing moderate or severe food insecurity (lacking access to safe, nutritious and adequate food) grew by 14 million to 111 million (11.9 percent of the total population). While this was a regional average, the proportions in the Western Balkans, Central Asia and the Caucasus were higher, the study showed. The prevalence of anaemia among women of reproductive age in recent years remained at 17.4 percent, as in 2000, with higher rates in some Caucasus and Central Asian countries at close to or even above the world average of 29.9 percent.

Besides, overweight and obesity was well above the global prevalence – and on the rise – in Europe and Central Asia’s  50-plus countries. Despite recent improvements in reducing overweight among children, the region, at 7.1 percent, remains above the world average.

These countries must renew their commitments to ending hunger and malnutrition by 2030, as envisaged by the Sustainable Development Goals (SDGs), the report stated.