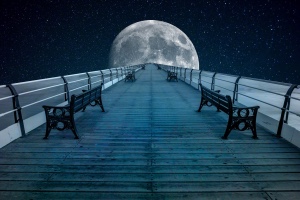 The space odyssey that turned into a craze world over after Sir Richard Branson shrugged off a failed attempt in 2014 and made it happen with a 90 minute experimental on July 11, 2021 stay has turned into a huge success. True to his management philosophy Branson voiced that he would like to evaluate the space experience for himself before he offers the product to prospective customers. Virgin Galactic has made hopes of exotic space travel and staying in space near the horizons of reality.

If we can do this, imagine what else we can do together #VirginFamily @VirginOrbit pic.twitter.com/OCti40jVSF

Branson’s Unity is facing a competitor in the form of New Shepherd from the stables of Blue Origin Space Company headed by Jeff Bezos. It was disclosed in media circles that both competitors had a telephonic conversation in which they wished each other success. It was Bezos who had planned to come out with space travel experience first. However, Branson beat him square to capture the first in line tag.

Conversations apart, the Twitter handle of Blue Origin stated, “From the beginning, New Shepherd was designed to fly above the Karman line (above 100 km altitude where space actually begins) so none of our astronauts have an asterisk next to their name. For 96% of the world’s population, space begins 100 km up at the internationally recognized Karman line.

Not to forget SpaceX founder Elon Musk, who, having booked his space trip on competitor Richard Branson’s Virgin Galactic, founded Unity for USD 250,000 conveyed to the media the warm relations shared between them. SpaceX was founded on the theme of multi-planetary stay being available to humans. The thinking that went into the project was it’s unwise to keep all eggs in the same basket. It contextually means that in the event any asteroid big enough comes and collides with the earth, one can stay rest assured that all of humanity will not be wiped out. Musk is currently involved in the completion of Starship, the craft that is designed with a capacity to hold 100 people and transport them to Mars.

Much to the credit of Branson, he has beaten both his competitors, Elon Musk and Jeff Bezos. Even better, Musk is keen to savor the space travel experience offered by Branson’s space vehicle Unity.

Virgin Galactic chief astronaut instructor Beth Moses was in charge giving instructions to Richard Branson on the maiden space odyssey that the world witnessed. Their space vehicle named Unity got released at an altitude of 15 km by a huge aircraft. Next, the vessel gets shot skyward by a rocket motor situated at its back. Before we discuss space tourism that plans the setting up of hotels fitted with gymnasiums, bars and entertainment centres, let’s have a thorough experiment that will throw light on what any tourist should ideally expect when visiting a location or exotic spot for the first time? For instance, say Paris. To those with a run on the mill attitude it will be Eiffel Tower and other famous spots on the tourist list. However, for a person inclined to savor the local cuisines, culture of the people, their lifestyle and know more about how the common people find it as a day in their life, it will be total fun and thorough enjoyment of their visit. However, the space odyssey that is slated to be a vacation trip with a luxury hotel and all other comforts does not offer this indulgence of checking out anything locally exotic or interesting. As the hospitality norms that one finds there will be something millionaires who usually trot the globe find on earth, the only option will be to enjoy the experience of hanging out on space with nothing more than the immediate ambiance.

This anomaly is however, not immediately on sight for it’s just past the goal post, with space travel graduating from science fiction to reality. Private missions to space have just begun this new era. Missions to space currently include players like Inspiration4 and DearMoon. People choosing space travel on such missions are, at present, housed in a SpaceX vehicle that circles the Earth and moon for a duration of a few days. In short space hotels that are looking to be the promise for genNext space travelers, though underway, are not expected to get ready before 2027.

Currently, Voyager Station that is slated to start hospitality construction work in 2026 will be ready by the target year, 2027 for tourists seeking to hang out in the space realm. The lack of gravity in space will not cause any discomfort as Voyager Station plans to use centrifugal force to generate artificial gravity.  The rooms and other amenities that space travelers will get to avail of however, will be no different from what they get to feel and enjoy on earth. In terms of capacity, the hotel is expected to accommodate a maximum of 280 guests. Alternatives to the standard hotel accommodation include villa-type constructions that simulate the ambiance of vacation homes.The concept of setting up hospitality facilities for space travelers had its genesis in the year 2019. At that point of time, the target for setting up of the space hospitality facility was slated to be 2025. This however, has been pushed further by almost two more years owing to the impending Covid-19 pandemic crisis. Obviously aimed at the millionaire’s club, a three-and-a-half day sojourn will be priced at a minimum of USD 5 million. Bookings for the adventure-cum-pleasure trips have already begun, announced one of the players, Voyager Station. The others in the fray include Axiom Space’s AxStation, and Onion Span’s Aurora Station.

Though the time frame is not very comfortable to announce the business volumes, it’s expected that space travel at least in the initial years might yield good response owing to its becoming the new craze worldover. It may be recalled the excitement the world went through when Neil Armstrong and Edwin Aldrin landed on the moon more than half-a-century back. The euphoria lasted even long after the two American astronauts returned home. Unlike this excitement about just a touch and comeback, this is about a prolonged stay in outer space that promises you a new experience. How long can this excitement last? How far will it take in terms of business volumes to turn out commercially feasible? The answers are still awaiting to come as our Space Odyssey is still to assume significant proportions of consumer interest.