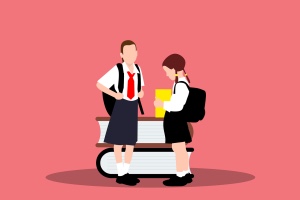 Bengaluru: Karnataka High Court hearing the hijab case today observed that where uniform is prescribed, it has to be followed. Chief Justice Ritu Raj Awasthi said that the interim proposal of the full bench on no religious garments in educational institutions is applicable only to students but all students must follow the uniform code where it is prescribed.

The Chief Justice, while responding to another advocate who submitted that teachers are being forced to remove headscarves, said that the order is confined to students only. The CJ said, “The order is clear. If a uniform is prescribed, they have to follow it, whether it is degree college or PU college.”

The Bench also sought to know from the state government the role of the Campus Front of India (CFI). In January, six girl students of a college in Udupi attended a press conference held by the CFI in the coastal town protesting against the college authorities denying them entry into classrooms wearing hijab.

Meanwhile, Senior Advocate SS Naganand, appearing for one of the PU colleges said the hijab issue was started by the CFI and members of the outfit met students and authorities insisting that students be allowed to wear hijab.

Also read: “Cannot demand hijabs for students under Articles 19(1)(a) and 25 as well”

Advocate Naganand said, “Campus Front of India is an organisation spearheading this drum beating for hijab. It is not an educational organisation or representative of students. It is some organisation which comes and creates this commotion.”

“Different public places like theatres and transport stand on different footings,” argued senior advocate R Venkataramani, who appeared for Shalini Nayak and Chaya Shetty, lecturers in biology and physics at the Udupi college. “The school stands on a different footing. It is for the state to ensure that they follow order and discipline and the outer limit is not breached. ”

Senior advocate SS Naganand, appearing for the Udupi college, the college principal and a lecturer, claimed that there is a distinction between essential religious practices and the practice of religions.

He argued that the prayers are unusual in nature and the petition is not clear on whether the petitioner-students were wearing hijab when they joined the college at the beginning of the academic year.

Meanwhile, Kannada film actor Chetan Kumar Ahimsa was arrested allegedly for his objectionable tweet against a High Court judge who is hearing the Hijab case.

“Kannada film actor and activist Chetan Ahimsa has been arrested by Bengaluru City Police. An on-its-own FIR was registered on Tuesday and under 505(2) and 504 of the IPC. Based on the tweet, the FIR was registered in Sheshadripuram Police Station,” M N Anucheth, the Deputy Commissioner of Police of Central Division said in a statement.

1 thought on “Hijab Row: Uniform must, observes the court”