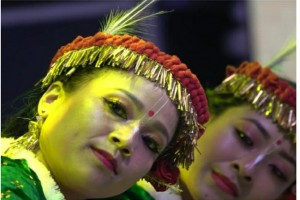 Prayagraj: At a time when the nation reels under lockdowns and fear of COVID-19 pandemic, the North Central Region Cultural Center, which has its presence in the states of Uttar Pradesh, Madhya Pradesh, Rajasthan, Haryana, Bihar and Delhi, took up the challenge of motivating students through an online competition that brought out to open the hidden versatility of the participants. These competitions touched various aspects of creativity and included On-line poster and slogan / painting / poetry writing,focusing on the global epidemic Covid-19 Corona period. According to the center director Indrajit Grover, there was cash prizes along with certificate and e-citation certificate for the winners.

Nearly one thousand students (class-6-12) from seven states participated in the competition results of which were declared on July 16 and made public on the centre’s website as well as Facebook page. It is noteworthy that on 23 March 1985, the then Prime Minister of India had announced the establishment of regional cultural centers. The expansion of the concept of seven regional cultural centers was achieved in the 7th Five Year Plan. These centers were established with the aim of promoting regionalism and linguistic boundaries and promoting the organized culture of India by establishing interrelationships in the styles and cultures of the member states.

The headquarters of these centers are generally located away from the state capitals. The only exception is Kolkata, which is the headquarter of  Eastern Region Cultural Center. Each center has a campus which includes galleries for exhibitions, facilities for stage arts, auditoriums, archives,libraries,among other things.