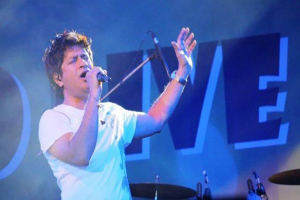 Kolkata: An unnatural death case was registered today at the New Market police station over the passing away of popular Bollywood singer Krishnakumar Kunnath, popularly known as KK, who died yesterday after singing for an hour at a college fest concert at the Nazrul Mancha here. He was 53.

An initial autopsy report today suggested that the singer died due to a cardiac arrest. The post mortem was done at the SSKM Hospital.

While ruling out the possibility of any “foul play”, police said it was scrutinising CCTV footage to ascertain what happened before the singer was taken to the hospital after he reportedly fell down from his sofa in his hotel room.

KK had returned to his hotel in downtown Kolkata after the performance. Video footage reportedly showed that he collapsed inside the hotel lift. He was rushed to the CMRI Hospital where he was declared brought dead at 10 pm on May 31, 2022.

His sudden death has raised several questions over the arrangements at the venue, the Nazrul Mancha. Social media is abuzz with claims that the hall was overcrowded, the air conditioners were not properly functioning, and the heat became oppressive during the concert. According to the Kolkota based IBNS wire service, in one of the videos posted on social media, the singer was seen sweating profusely as he took a break to wipe his face. Other voices in the video were heard saying, “Bohot zyada garam hai (it is very hot)”. At one point, KK was seen gesturing to a man on stage and appeared to be talking about the air-conditioning. Reports also claimed that there was no adequate ventilation at the venue.

KK was one of the most versatile singers of this generation. Some of the unforgettable songs that he sung included  “Tadap tadap ke is dil me”, “Bas ek pal”, “Aankhon mein teri”, “It’s the time to disco”. Besides he had also sung in Assamese, Bengali, Gujarati, Kannada, Malayalam, Marathi, Tamil, and Telugu languages films. For his debut album, ‘Pal‘, which was released in April 1999, he had won a Star Screen Award from Screen India for Best Male Singer.

Today, KK’s flower-bedecked coffin was placed on a makeshift platform in the precincts of the city’s cultural hub Rabindra Sadan, where Banerjee, Mayor Firhad Hakim and several members of the state cabinet, as well as his family members, paid floral tributes to the singer. He was given a three-gun salute by Kolkata police personnel in the presence of West Bengal Chief Minister Mamata Banerjee who personally supervised the arrangements. The Chief Minister was also in coordination with KK’s family and was comforting KK’s wife.

Prime Minister Narendra Modi too expressed his deep grief over the demise of the noted singer and said that his songs reflected a wide range of emotions to the people of all age groups.

The Prime Minister tweeted, “Saddened by the untimely demise of noted singer Krishnakumar Kunnath popularly known as KK. His songs reflected a wide range of emotions and struck a chord with people of all age groups. We will always remember him through his songs. Condolences to his family and fans. Om Shanti.”

KK had arrived in Kolkata on Monday, May 30, 2022, for back-to-back performances here. His mortal remains were to be flown to Mumbai by a 5.15 flight from the city’s Dum Dum airport.