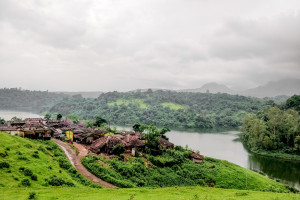 New Delhi: The Department of Expenditure, Ministry of Finance on Friday released an amount of    Rs. 2,221.2 crore to Bihar, Karnataka and West Bengal for providing grants to the Rural Local Bodies.

This Grant-in-aid is the 2nd instalment of Tied grants to Bihar and Untied grants to Karnataka and West Bengal of the year 2021-22.

The 15th Finance Commission(FC-XV) recommended Tied grants are released to Rural Local Bodies (RLBs) on the recommendations of the Department of Drinking Water & Sanitation for making improvements on two critical services namely (a) Sanitation and maintenance of open-defecation free (ODF) status and (b) supply of drinking water, rainwater harvesting and water recycling. Untied grants are released to RLBs) on the recommendations of the Ministry of Panchayati Raj after satisfying the conditions stipulated by the 15th Finance Commission (FC-XV).

Out of the total Grant-in-aid earmarked for Panchayati Raj institutions, 60 per cent is earmarked for national priorities like drinking water supply, rainwater harvesting and sanitation (referred to as tied grants), while 40 per cent is untied and is to be utilized at the discretion of the Panchayati Raj institutions for location-specific felt needs.

The Local Body grants are meant to ensure additional funds to Rural local bodies over and above the funds allocated by the Centre and the State for sanitation and drinking water under the Centrally Sponsored Schemes.

In order to be eligible for grants during the years 2021-22 and 2022-23, Rural Local Bodies have to fulfil certain conditions.  These conditions have been stipulated to enhance transparency, regular conduct of elections to the local bodies and preparation of annual development plans by the local bodies.

To receive both tied and untied grants, it is mandatory to prepare and make available online, in the public domain by at least 25 per cent of the local bodies, both provisional accounts of the previous year and the audited accounts of the year before the previous year.  Moreover, the accounts must be uploaded on eGramswaraj and Audit Online portal.  The grant is released only to those local bodies which are duly elected.