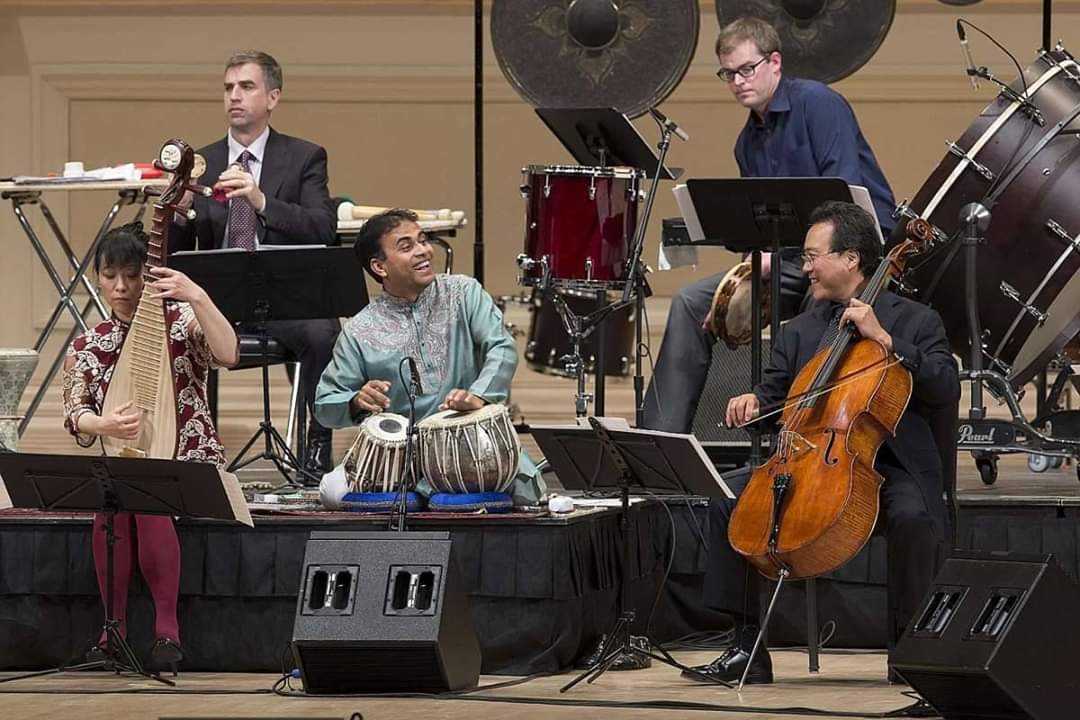 File photo of Sandeep Das performing with Yo Yo Ma and other artists of Silk Road Ensemble. Pic courtesy www.sandeepdas.com

Sandeep is performing here along with his colleagues from the famed Silk Road Ensemble, Cellist Yo Yo Ma who is a winner of a record 19 Grammys, and pianist Christina Pato.

An excited Sandeep informed that the sound check was done for the programme.

Performing before celebrities is nothing new for Patna boy Sandeep who today is celebrated as one of the world’s foremost Tabla players. A student of St. Xavier’s High School, Patna and a disciple of Pandit Kishan Maharaj of Banaras Gharana, Sandeep had had a dream debut concert with sitar maestro and Bharat Ratna Pandit Ravi Shankar at the age of 17. There has been no looking back ever since and he has gone on to perform at significant events such as the opening ceremony of the Special Olympics and for audiences such as the United Nations and the Pope! He is among those celebrated artists who have performed at prestigious venues ranging from Carnegie Hall, New York to the Royal Albert Hall, London.