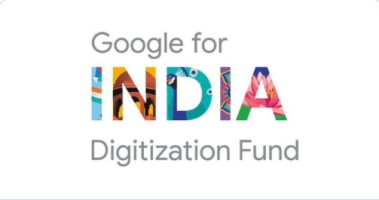 New Delhi: Google is planning to launch a large investment fund and develop strategic partnerships in India.  This was disclosed by its CEO Sundar Pichai to Prime Minister Narendra Modi in course of their interaction via video conferencing on Monday.

Later, while addressing the sixth annual edition of “Google for India” virtual event, Pichai announced an investment of  $10 billion (Rs 75,000 crore) in India over the next five to seven years for digitisation. “We’ll do this through a mix of equity investments, partnerships, and operational, infrastructure and ecosystem investments,” he said.

Pichai thereafter tweeted: “Today at #GoogleForIndia we announced a new $10B digitization fund to help accelerate India’s digital economy. We’re proud to support PM@narendramodi’s vision for Digital India – many thanks to Minister@rsprasad & Minister@DrRPNishank for joining us.”

He stated: “Over the years, we’ve invested in many Indian businesses through Google, as well as through our growth equity investment fund CapitalG.

Today, I’m excited to announce the Google for India Digitization Fund. Through this effort, we will invest ₹75,000 crore, or approximately $10 billion, into India over the next 5-7 years. We’ll do this through a mix of equity investments, partnerships, and operational, infrastructure and ecosystem investments. This is a reflection of our confidence in the future of India and its digital economy.”

The investments would focus on four areas important to India’s digitization:

In his interaction with Modi, Pichai also mentioned about the launch of AI Research Lab in Bengaluru, and referred to the benefits of Google’s flood forecasting efforts in the country.

As he briefed the PM about new products and initiatives by Google in the country, Pichai also pointed at the efforts undertaken by Google to help spread awareness and provide reliable information about COVID-19. He said that the strong step of lockdown initiated by the Prime Minister set up a very strong foundation of India’s battle against the pandemic.

The Prime Minister appreciated the proactive role played by Google in battling misinformation and conveying information about necessary precautions. He also talked about further leveraging technology in providing healthcare services as well as the possible wide-ranging benefits of AI in agriculture. He further explored the idea of virtual labs that can be used by students as well as farmers.

Modi also took up the issue of data security and concerns around privacy. He said that tech companies needed to put in efforts to bridge the trust deficit. He also talked about cyber crimes and threats in the form of cyber attacks. Other areas of discussion included technological solutions to expand the scope of online education, access to technology in native language, use of AR/VR to give a stadium-like viewing experience in the field of sports, and progress in the area of digital payments. He also spoke about recent steps taken by the government towards reforming agriculture and about the campaign to create new jobs, while also highlighting the importance of re-skilling.