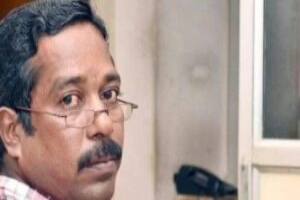 Geneva: The global media safety and rights body Press Emblem Campaign (PEC) today expressed grief over the untimely demise of a senior photojournalist T. Kumar, who killed himself on February 13, 2022, in the South Indian City of Chennai. Kumar, who used to work for prominent news agency United News of India (UNI), was not paid for some years and was in desperate need of money as his wife faced an accident a few weeks back. Moreover, he was preparing for his daughter’s engagement ceremony.

Kumar (56) hanged himself at the agency’s office in the Nungambakkam area on Sunday evening and died on the way to the hospital. Reliable sources claim that the agency, which faced a serious financial crisis because of faulty management policies for many years, started pay-cut tactics. Many senior journalists were compelled to leave their jobs without getting their due salaries and other benefits.

“Devastating impacts of the Covid-19 pandemic on the media fraternity have been observed across India. But a large number of Indian media authorities have taken advantage of the situation to reduce the number of employees, stop extra financial benefits, cut salaries up to two-thirds of its amount, and so on,” Nava Thakuria, PEC’s South-Asia representative, said. He added that the UNI management must be made accountable for the photojournalist’s tragic end.

Meanwhile, the PEC also condemned the attack on the residence of Sri Lanka’s senior television journalist Chamuditha Samarawickrema by a group of masked armed men in the early hours of February 14, 2022. It demanded a fair probe into the incident and punish the perpetrators.

Local media outlets reported that at least four unidentified persons stormed into the residential complex of Samarawickrema at the Piliyandala area of Colombo and pelted various items over the buildings. Samarawickrema, who is associated with the private news channel Hiru TV, was inside the house along with his family and everyone survived unhurt in the incident.
“It’s unacceptable that a journalist, who remains critical about the government functioning, has to face this kind of attack on him. The Lankan government, dominated by former Sri Lankan President and current Prime Minister Mahinda Rajapaksa’s family, must identify the culprits to maintain its credibility,” said Blaise Lempen, secretary-general of PEC.