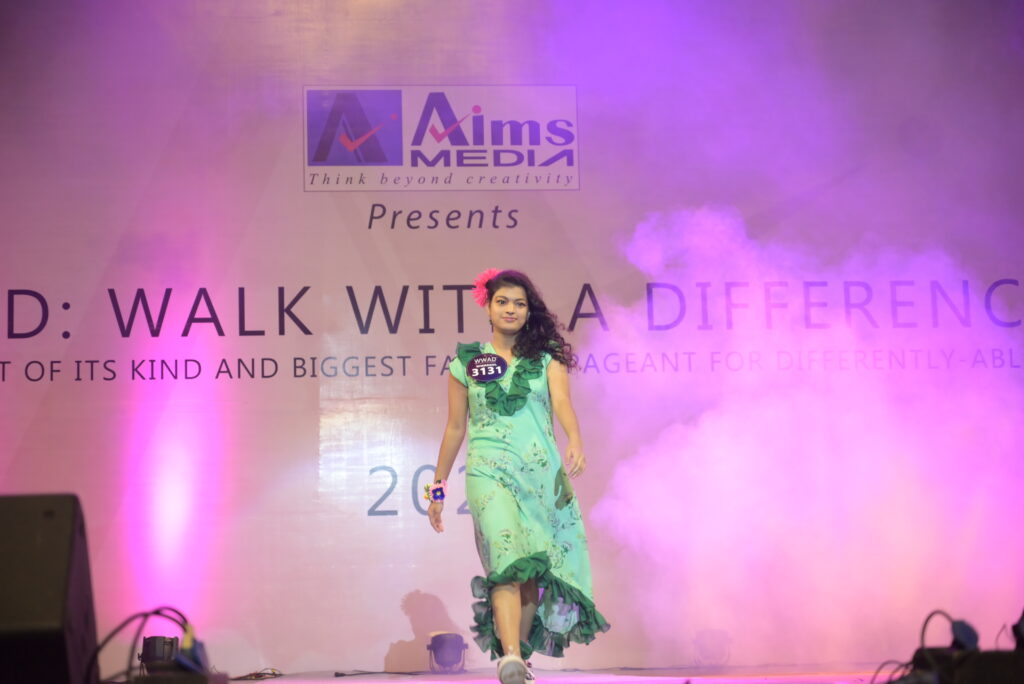 Kolkata: After the first and second seasons in Delhi and Bangalore in 2015 and 2016 respectively, the Grand Finale of Season 3 of Walk With A Difference (WWAD) took place at the Science City Auditorium in Kolkata on November 19, 2022.

In this unique event, thirty talented finalists showcased their skills and confidence through fashion walks exhibiting their abilities beyond their disabilities. They also displayed their unique talents in the fields of Clothing, Fashion, Art, Music, Dance and Sports through social events and exhibitions.

Through WWAD, people with disabilities get a chance to work in an attractive and glamorous industry like fashion. Previously, WWAD participants have walked for huge national and international brands. This year, too, the organizers are confident that the finalists will get a chance to shine bright in the inclusive fashion industry. 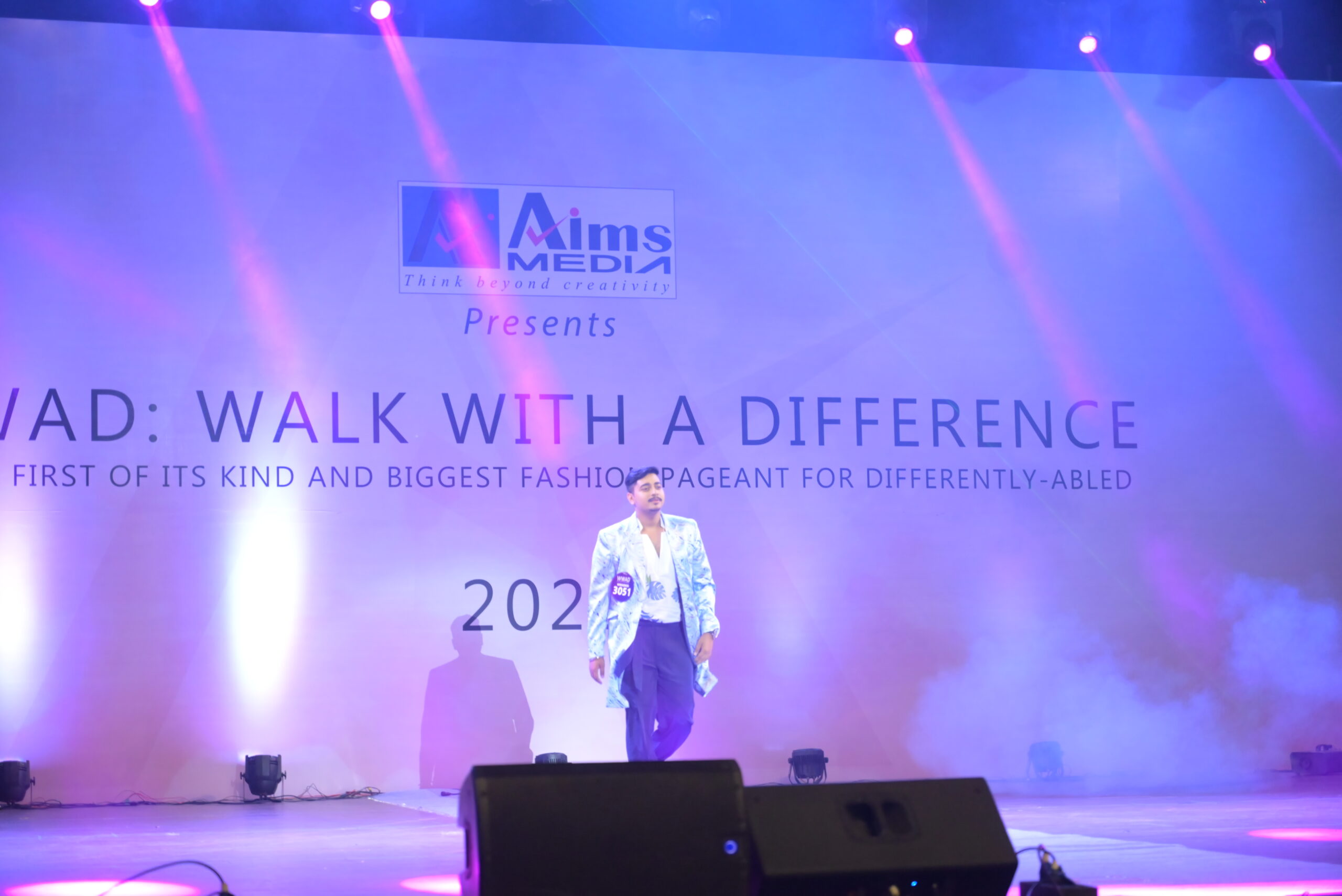 The organisers, New Delhi-based social enterprise AIMS Media, which is striving to build an inclusive and accessible society by imparting new-age skills, capacity building and vocational training to people with disabilities across India and overseas for their sustainable livelihoods and economic inclusion, stated that organizing the third season of WWAD in Kolkata enabled more participation and involvement from the Eastern and North Eastern states of India which surround West Bengal.

At the Finale, the thirty talents walked for designers who particularly kept adaptability and accessibility in mind while designing and stitching the clothes, right from replacing buttons with velcro for the benefit of individuals with fine motor issues and making reversible garments for visually impaired participants to using fabrics which cause no sensory issues for the finalists.

The Finale was graced by eminent personalities, filmmakers, designers and artists who got immensely impressed and inspired by their talent and style and wish to give them opportunities that would impact their lives positively. WWAD 2022 also featured world-class creative art performances by eminent musician Pt. Tanmay Bose and renowned dance choreographer Sangram Mukherjee.

Apart from fashion, WWAD 2022 has also opened up avenues for PwDs in the arena of sports by launching Football For All, an initiative of India Khelo Football in collaboration with AIMS Media. Football, as a sport, is an integral part of Bengali life and Football for All promotes this game in a disability-friendly manner.

Earlier, at the WWAD 2022 audition that was held on November 12, 2022,  at The Heritage School, hundreds of contestants participated out of which thirty finalists were chosen by a panel of judges composed of renowned personalities from different walks of life. The selected finalists hailed from Assam, Gujarat, Uttarakhand, Delhi, Uttar Pradesh and West Bengal, among other states.

From November 13 to 18, the selected finalists underwent an intense and immersive capacity-building process where professionals from Delhi to Kolkata groomed them for the finale on 19th November at the Science City Auditorium.

During the event, WWAD started important conversations on fashion vis-a-vis disability. In order to simplify and elucidate the topic for all WWAD stakeholders and the society at large, the organizers decided to publish a book on the topic. The cover of a book tentatively titled Fashion Disability Paradox was also been launched at the WWAD 2022 Finale, opening up discourse surrounding fashion and disability in an attempt to bridge the gap.

All thirty finalists were awarded cash prizes and corporate gifts. The finale was witnessed by corporate CEOs, policy-makers, heads of institutions and bureaucrats who have appreciated and been involved in the upliftment of the community, giving rise to an inclusive and accessible society. “WWAD is an attempt to bridge the fashion-disability paradox. Since fashion, as an industry, grabs a lot of attention in society, the inclusion of PwDs in such a prominent industry will change society for the better,” Rakesh Dhasmana, Convener of the WWAD event, said.