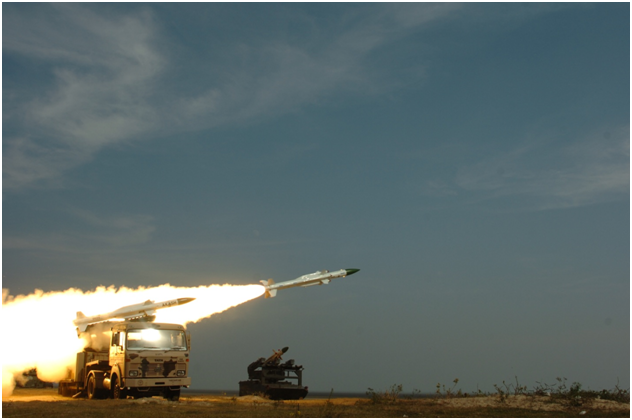 The transfer process will enable the roadmap for future missile systems, which are under production. Secretary, Department of Defence R&D and Chairman DRDO Dr Samir V Kamat congratulated the ‘Project Akash’ team for the first AHSP transfer from the Missile cluster to MSQAA “for such a complex system involving missile and multiple ground systems”. Defence Minister Rajnath Singh described the AHSP transfer as a landmark event.

The handing over was held at Defence Research and Development Laboratory (DRDL) here on December 3, 2022. DRDL, as a nodal agency, designed and developed the Akash weapon system. The technical specification and quality document and the drawing of complete weapon system elements were sealed and handed over by Project Akash to MSQAA as part of AHSP transfer.

The Akash Weapon System can simultaneously engage multiple targets in group mode or autonomous mode. It has built-in Electronic Counter-Counter Measures (ECCM) features. DRDO stated the entire weapon system has been configured on mobile platforms. Akash Weapon Systems has been inducted and is operational with the Indian Air Force (IAF) as well as the Indian Army (IA).

It is inducted by the Indian Army and Indian Air Force with an order value worth Rs 30,000 crore, which is one of the largest single-system orders for an indigenous missile system.