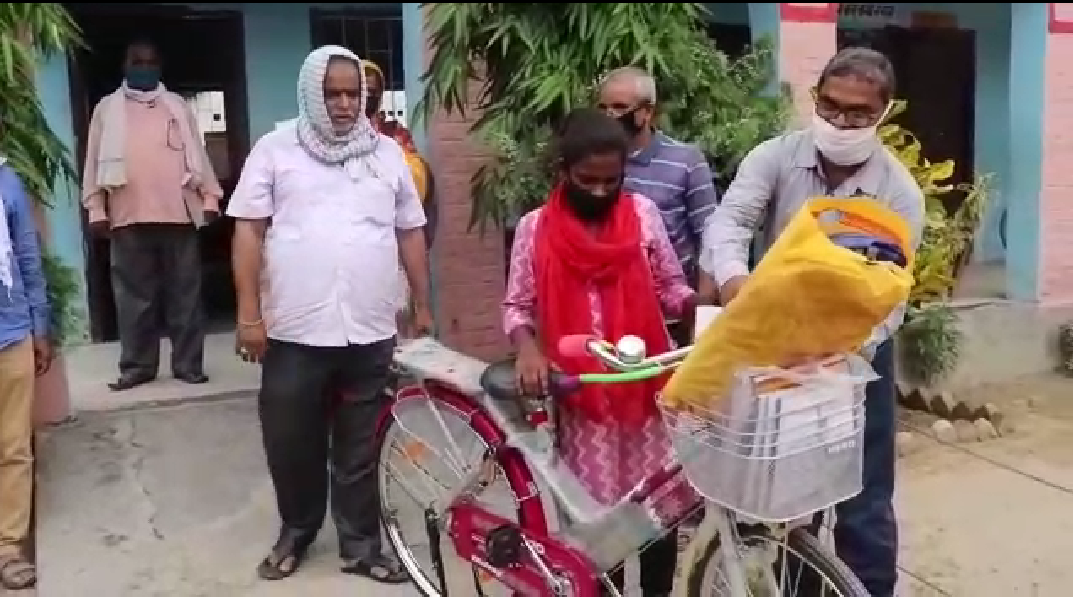 Darbhanga: The Bihar government on Saturday got enrolled Jyoti to the 9th class in a school in Darbhanga district. The state government sent a team of education department under the leadership of Darbhanga`s district education officer for admission of Jyoti to a government school. She was enrolled in the government run +2 high school at nearby Pindaruchh village.

A team of officers also gave her a new bicycle, two pair clothes, shoe-sock, school bag and a set of textbooks for standard 9. She had studied up to standard 8 at the middle school in Sirhulli village but she could not continue her studies due to financial constraint.

The 15-year-old girl has been in news ever since she cycled down from Gurugram to Sirhulli village in Darbhanga district, carrying her ailing father during the nationwide lockdown. In the process she covered a distance of 1200 km on bicycle, prompting no less a person than US President Donald Trump’s daughter and senior White House adviser Ivanka Trump term her act as a “beautiful feat of endurance and love”.

It may be mentioned that impressed by her grit and determination, the Cycling Federation of India (CFI) too had earlier decided to  invite Jyoti to appear for a trial next month. This opportunity could change her life forever. If Jyoti passes the trial, she will be selected as a trainee at the state-of-the-art National Cycling Academy at the IGI Stadium complex in New Delhi.