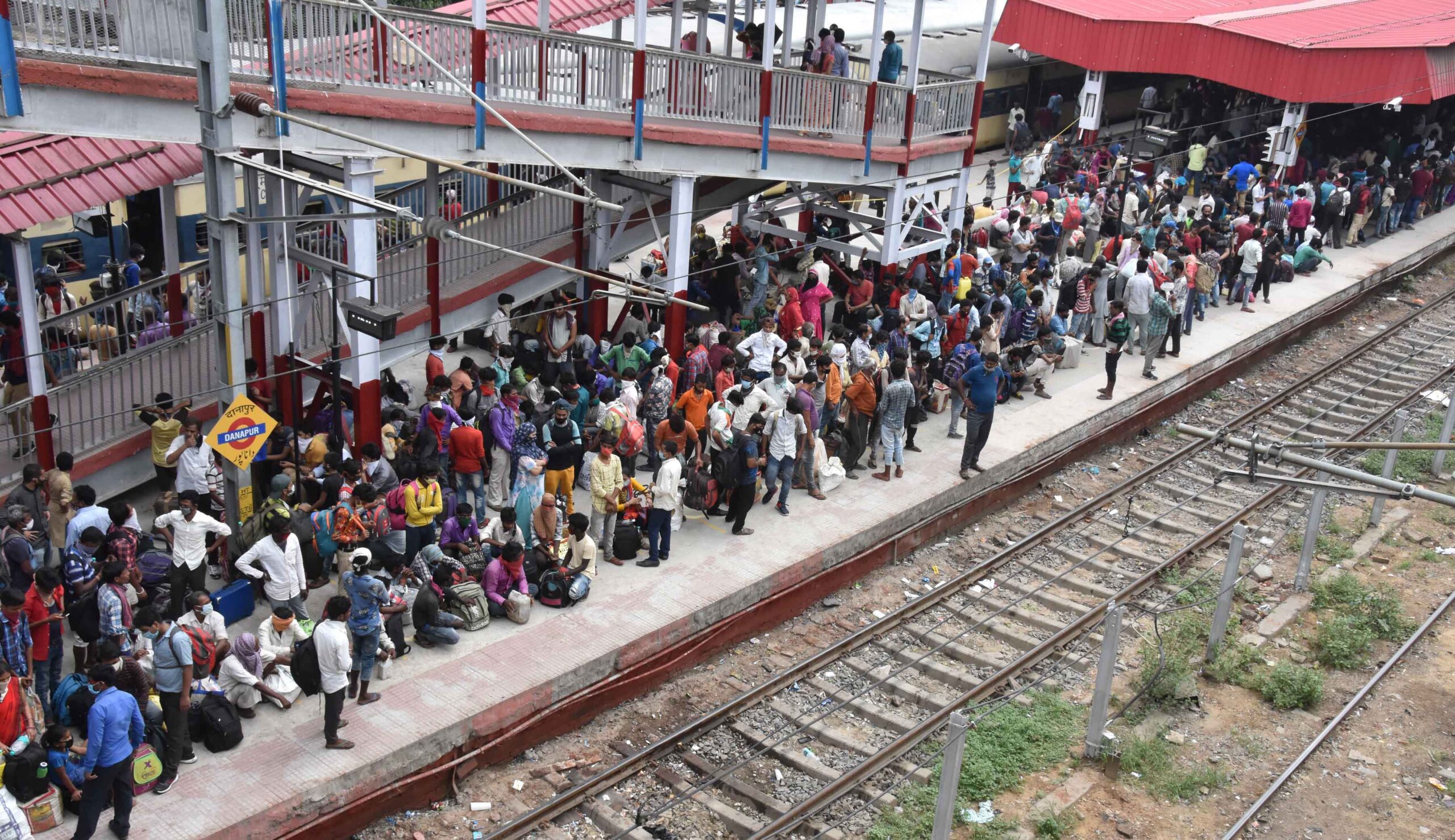 The Danapur Railway Station on Saturday

New Delhi:  Railways will introduce  2600 more Shramik Special Trains in next ten days across the country as per the needs of State Governments. This initiative is expected to benefit 36 lakh stranded passengers across the country.

It may be noted that Indian Railways  started running “Shramik Special” trains from May 1,  to move migrant workers, pilgrims, tourists, students and other persons stranded at different places due to lock down. These special trains are being run from point to point on the request of  the concerned State Governments as per the standard protocols for sending and receiving such stranded persons. In last 23 days,  2600 Shramik Special Trains  have run carrying around 36 lakh stranded migrants to their home States.

It is to be noted that apart from Shramik Special Trains, Ministry of Railways has started 15 pairs of Special Trains with effect from May 12 and announced 200 train services to be started from June 1.