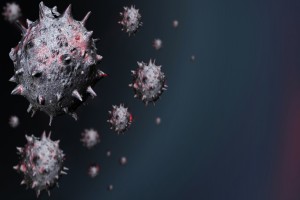 Geneva: Males account for a higher proportion of deaths than females (57% of deaths but only 51% of cases), for reasons that are not completely understood, highlighting the need for sex-sensitive and gender-sensitive approaches to response, The Strategic Preparedness and Response Plan 2021 (SPRP2021), issued by the World Health Organisation, has revealed.

The report says while women are at an increased risk of SARS-CoV-2 infection, and are often disproportionately affected by the social and economic implications of response measures, most COVID-19 cases are in younger adults, although the risk of death from COVID-19 increases steeply with age.

“Co-morbidities including non-communicable diseases (NCDs) also significantly increase the risk of death, and there may be other factors that influence the outcomes of COVID-19 that are yet to be understood, especially in low-resource and humanitarian settings for which there is a lack of comparative data. At the population level, the mortality rate increases with increasing COVID-19 incidence,” it says.

Noting that SARS-CoV-2 transmission is highly clustered, with the majority of transmission events estimated to come from a relatively small number of cases, the report says transmission mainly occurs among close contacts of infected persons in indoor spaces, and can be amplified in enclosed settings with poor ventilation. Secondary attack rates are higher in household settings (recent estimates from two meta-analyses suggest household secondary attack rate is approximately 17–21%), and outbreaks have been reported from a number of settings, including long-term living facilities, prisons, religions or social events, and food processing plants.

The report mentions that health workers have been hit hard by COVID-19, and refers to data from WHO’s case database of 33 million records which shows that health workers account for 7.7% of cases worldwide, although that figure masks wide variation amongst countries, and changes over time. Based on WHO data, in the first three months of the pandemic, health worker infections slightly exceeded 10% of reported cases, declining to less than 5% by early June 2020 and to approximately 2.5% by September 2020.

The pandemic continues to evolve, the report says, adding that the number of cases and deaths globally continue to increase. In the most recent week for which data are complete (the week commencing 1 February 2021), almost 90 000 deaths were reported globally, and more than 3 million new cases. “Transmission rates in low-resource and humanitarian settings are likely to be underestimated due to reporting limitations,” it mentions and adds that in settings such as informal settlements and camps, living conditions including overcrowding, poor ventilation and limited access to water and sanitation can contribute to transmission.

“Health service disruptions in all settings, including essential sexual and reproductive health services, have been substantial, and barriers on both the supply and demand sides have increased, resulting in higher morbidity and mortality from all causes,” it says.

Besides, it says that up to 100 million people may have already slipped back into extreme poverty in 2020: the first rise in global poverty in more than two decades. (A study commissioned by the International Chamber of Commerce concluded that even with high vaccine coverage in high-income countries, restricted coverage elsewhere would cost high-income economies an additional US$ 2.4 trillion in 2021 alone).

Looking ahead through 2021, the report says substantial epidemiological uncertainties remain. “Vaccines, where available, are likely to reduce severe disease and death, but their impact on the dynamics of transmission is still largely unknown. “It is unlikely that vaccines will have a significant impact on the pandemic trajectory in the first half of 2021,” it adds.

“The SPRP2021 builds on what we have learned about the virus and our collective response over the course of 2020, and translates that knowledge into strategic actions,” the WHO stated today, adding that it is aimed at guiding the coordinated action “that we must take at national, regional, and global levels to overcome the ongoing challenges in the response to COVID-19, address inequities, and plot a course out of the pandemic”.

According to the latest WHO release, the duration of immunity is not yet completely understood; in most countries and communities, naturally acquired immunity is low, and may wane after several months, and there is therefore still a large global population susceptible to SARS-CoV-2 infection. WHO is working with more than 100 countries on standardized seroepidemiology study methodologies.

The SPRP2021 also  considers the road needed to travel towards the safe, equitable and effective delivery of diagnostics and vaccines as part of the overall strategy to successfully tackle the COVID-19 pandemic. “With different levels and duration of immunity among different populations, we may see different epidemic cycles,” it says adding that high-transmission settings will continue to suffer the most marked impacts on health (direct and indirect), economy, and society.

The report points out that viruses constantly change through mutation, and so the continual emergence of new variants of SARS-CoV-2 has been expected: “While the vast majority of mutations are neutral, and have no measurable effect on transmission, or on the type and severity of clinical disease caused by infection, some mutations can arise, giving rise to variants of concern. Such changes may enable the virus to spread more easily in certain conditions, may alter some of the clinical characteristics of the disease, and/or reduce the effectiveness of medical countermeasures including vaccines, therapeutics and diagnostics.”

Throughout 2020 and during the first quarter of 2021, WHO has tracked and assessed the risk associated with the emergence of a number of specific mutations and variants of concern identified around the world. According to the SRP2021, research and modelling is ongoing to determine the impact of specific mutations and variants of concern on transmission; disease presentation and severity; and the potential impact on diagnostics, vaccines, and therapeutics.

The SPRP2021 further notes that the pattern of SARS-CoV-2 transmission in countries over time broadly resembles one of four scenarios, driven primarily by marked variation in the implementation of evidence-based public health and social measures. The increase in transmission intensity observed during the final quarter of 2020 was driven primarily by increased social mixing precipitated by the premature, rapid and simultaneous (rather than step-wise) lifting of public health and social measures; a lack of critical resources for infection prevention, such as masks and water; and the absence of robust public health infrastructure to detect cases and quarantine and support contacts in order to break chains of transmission.

It says that ending the COVID-19 pandemic means suppressing transmission and reducing morbidity and mortality in every country and in every context, no matter how challenging, through an evolving combination of preparedness, risk management, ensuring the safe delivery of high-quality health services, vaccination and other new tools, and the implementation of public health measures whilst strengthening public health capacities.

It concludes stating,  “The evidence is clear: solidarity and equity are the only routes out of the pandemic.”