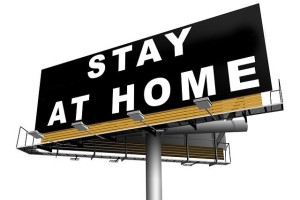 The Kerala government too has imposed curfew in Aluva Municipality of Kochi and 7 panchayats from midnight tonight in the wake of drastic increase in Covid cases. Four more Covid-19 deaths reported in the state on Wednesday, taking the toll to 48. The fatalities occurred in Kollam, Kozhikode, Kannur and Kasargod districts.

Meanwhile, the Kerala government has changed the course of action in COVID-19 treatment to avoid delay in test results. From now on, only antigen test result is required for discharging the patients instead of RT-PCR test result.  More than ten patients in three Medical Colleges including pregnant women had been tested positive and about thirty doctors had gone under observation. The state chief minister has called for an all-party meeting on Friday to discuss the latest situation. A total of 720 new cases reported on Wednesday of which 528 were contact cases and 34 with unknown sources. Currently 8,056 patients are under treatment and 1.54 lakh people under observation.

In Maharashtra, fifth minister in the Uddhav Thackeray Government,  Abdus Sattar,  Minister of State for Animal Husbandry, was tested positive for Covid-19.  Meanwhile, Nationalist Congress Party’s Fauzia Khan,  MP (Rajya Sabha), was also tested positive,  even as the state tally of Covid 19 cases reached 3,27,031 and the number of active cases as on Tuesday stood at 1,32,236.   The total confirmed fresh cases in Maharashtra in the last 24 hours again crossed 8,000 mark (8,336) while Mumbai reported 995 cases.Testing has been increased to 6,000-7,000 tests per day in the metropolis.

In all 37,724 fresh active COVID-19 cases were reported in the country in the last 24 hours and there were 648 deaths due to the pandemic in the country. The Union Health and Family Welfare Ministry, however, pointed out that highest ever recoveries  were registered in a single day i.e. 28,472 and this was also the highest number of COVID-19 patients cured/discharged in last 24 hours.